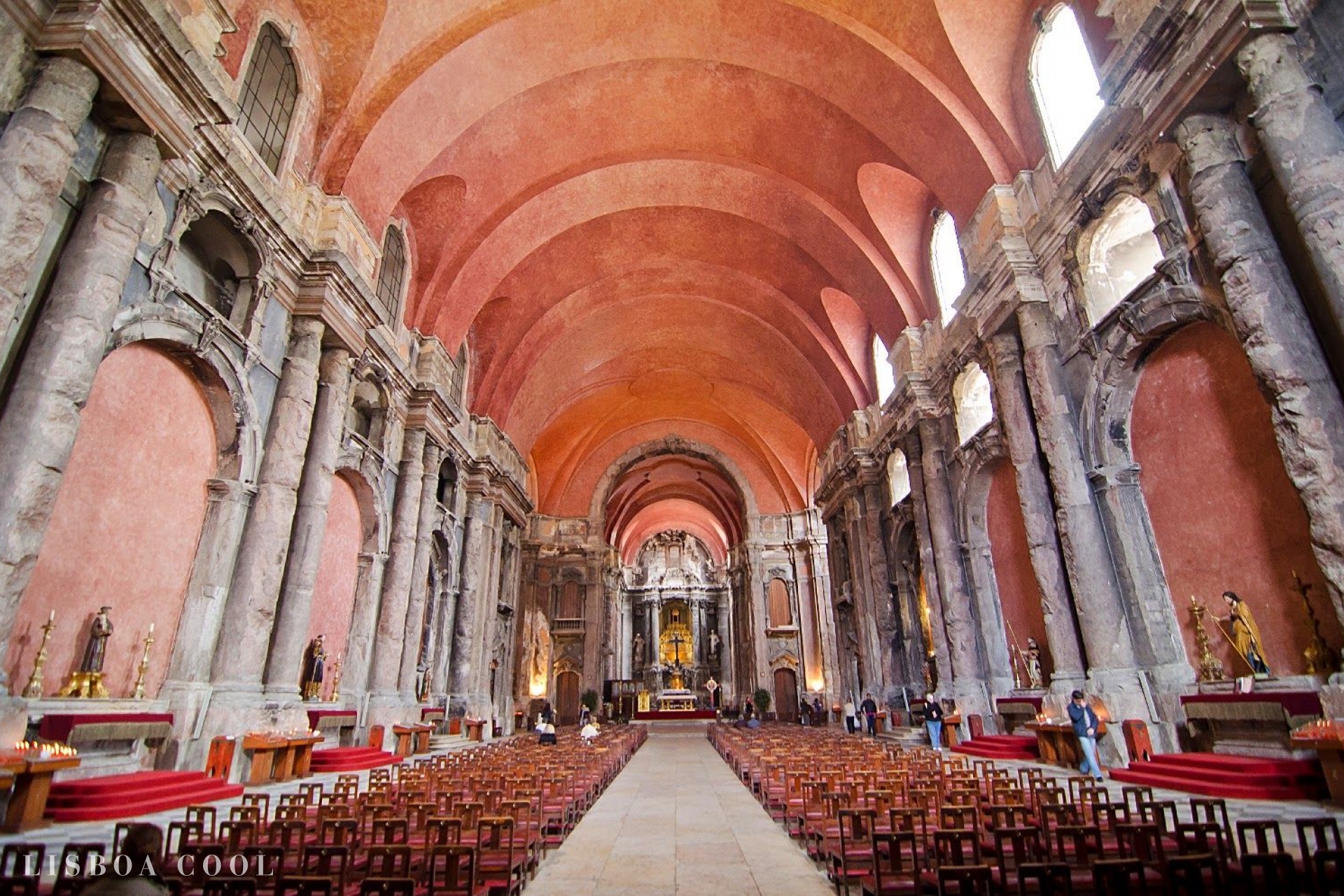 São Domingos' Church, located on the eastern side of Praça D. Pedro IV, in Lisbon, is a true dinosaur from the Portuguese monuments. Its construction dates back to the 13th century and, although it has been through several catastrophes, it stands tall and unshaken.

This is a place that you either love or hate, we love it and strongly advise you to visit, because the impact and the emotion that you'll feel when entering this place are undeniable, the place has in it the baggage of the most striking moments in the history of Lisbon and Portugal. The aura of mysticism in this place will overwhelm you, but we assure you it'll be worth, like a time capsule!

It was D. Sancho II who ordered the construction of São Domingos' Church, having the work begun in 1241. In 1531 an earthquake struck the foundation of the monument, and it wasn't rebuilt until 1536, thanks to the goodwill of the faithful and the King's support. In 1755, the church shook again, saving only the sacristy and the main chapel, but, once again, it got back up and, in 1834, it reopened to its followers. In 1959, it was devastated by a severe fire, which completely destroyed the interior decoration and gave it the gray and heavy air that remains to this day. In 1994, it reopened, reborn from ashes, with its appearance marked by the adversities of time, without shame or embarrassment.

São Domingos' Church is closely related to the Inquisition, because it was from here that those condemned for heresy left to be executed in public square, but also because it was the scene of one of the darkest episodes in the history of Lisbon, namely the massacre of the Jews of 1506.

Although it has been greatly altered with successive reconstructions, the São Domingos' Church has a style, essentially baroque, a Latin cross plan and a very simple facade. Seeing it from the outside, no one can imagine the treasure inside! It has been classified as a National Monument, and you can visit it any day of the week, between 7.30 a.m. and 7 p.m., and there's also the possibility to attend masses that take place daily at various times.

Let us hope that you can identify with this place and that you can have a little glimpse of Portugal's history by visiting it! On your way out, you'll find a small bar where you can taste the “Ginjinha de Lisboa” (a very traditional drink made from cherry liquor) and complement your visit. Enjoy and stop by to tell us about the experience!