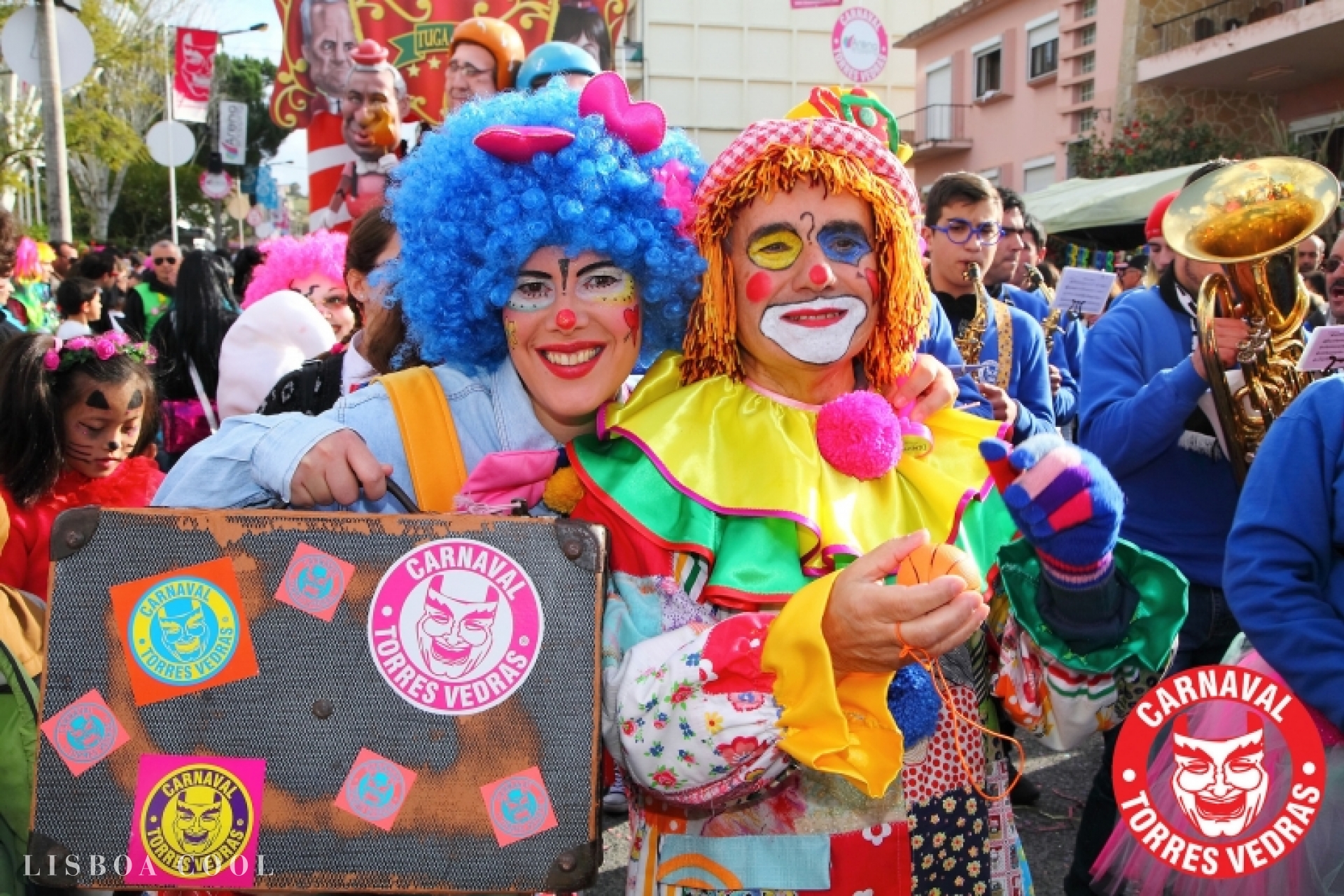 Portugal's most Portuguese Carnival. This is how one of the most anticipated and popular events of Torres Vedras is known. The city's ex-libris takes place every year, in great style, receiving tens of thousands of people and no one can deny its originality and revelry. The first event was in 1912, and the Torres Vedras Carnival is driven by the pride in staying true to its Portuguese traditions. If you plan on visiting one of the most iconic Carnivals in the country, these are some of the points you need to know to experience the event like an inhabitant. 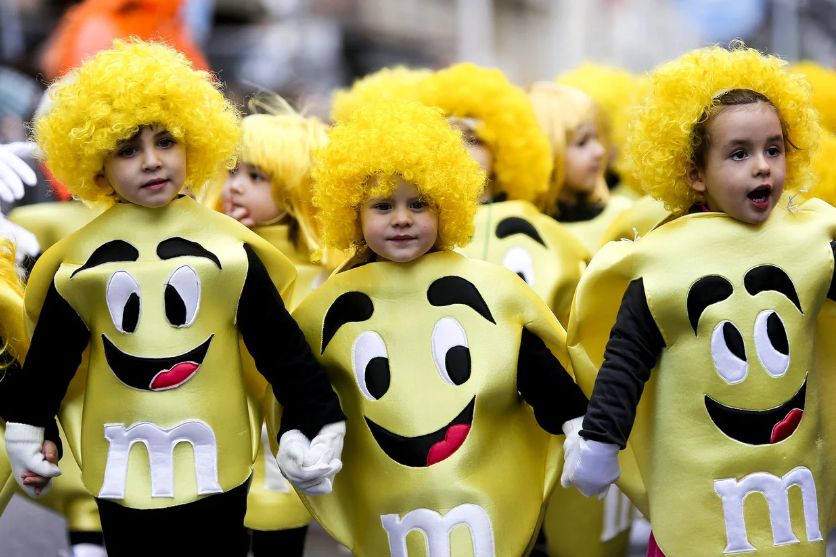 Although it's starting to be popular in other events, Carnaval de Torres Vedras differs from the others by having an associated theme. Each year, in June, the theme is announced. They’re random, and some refer to more current issues and the entire event is programmed around the theme. You don't have to disguise according to the theme- not all locals do, only the participants in the corso must- but if you seek a more rigorous, immersive experience, it's worth it to get creative and think about a disguise that matches the theme. 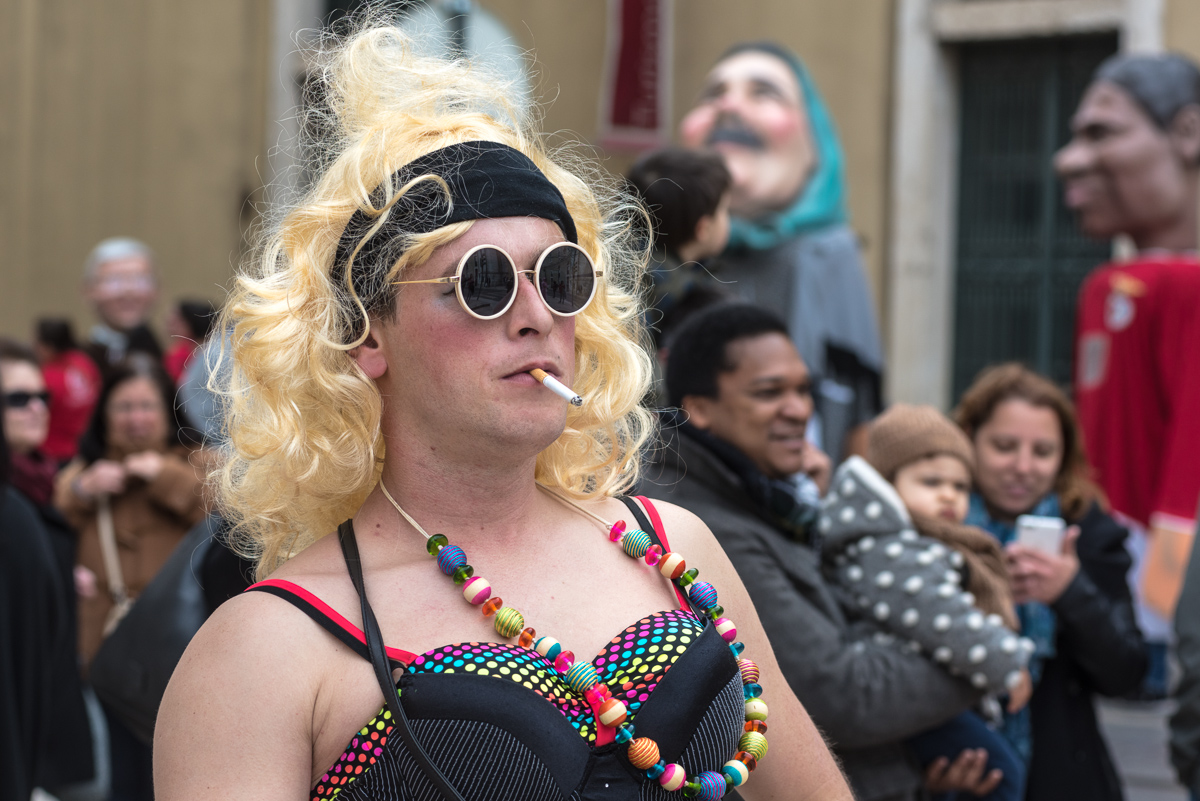 Mistakenly confused with transvestites, and almost as old as the event itself, Matrafonas emerged spontaneously and economically. Many men attending the Carnival had no way of buying disguises and asked their women for clothes, so they could participate in the revelry. From simplicity to icon, Matrafonas are already one of the most important and cherished symbols of the city. Fun, daring and bold, this is the event in which, for several nights, a man dons the role of a woman and goes out with lipstick, a garish outfit, tights, high heels and a wig, hyping, without malice, some of the most feminine traits. If you find them on the street- and you will- don't be surprised by their audacity and absence of shame. Matrafonas are fun but very friendly and nice. 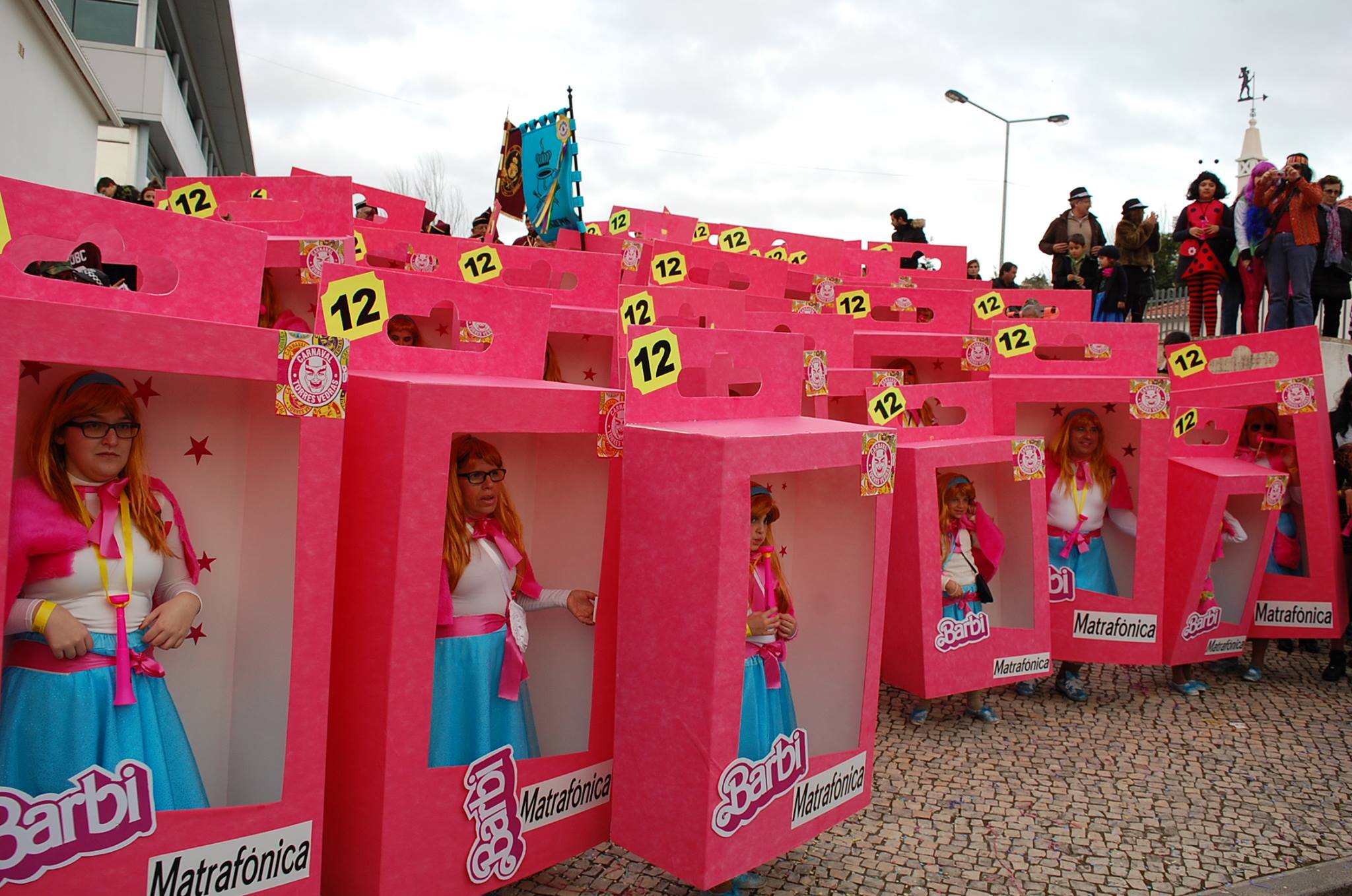 In these revelry days, disguises are uniforms and all the participants seek to be the most original and committed. Attending the Torres Vedras Carnival dressed “as a civilian” is not an option. Even if you don't have the habit of dressing up, try to play along so you don't feel out of place.

Cool Tip: If you still feel any resistance in dressing up- or have no mask available- try to make a smooth transition. Start the first day with just a few props and keep adding elements as the event progresses. 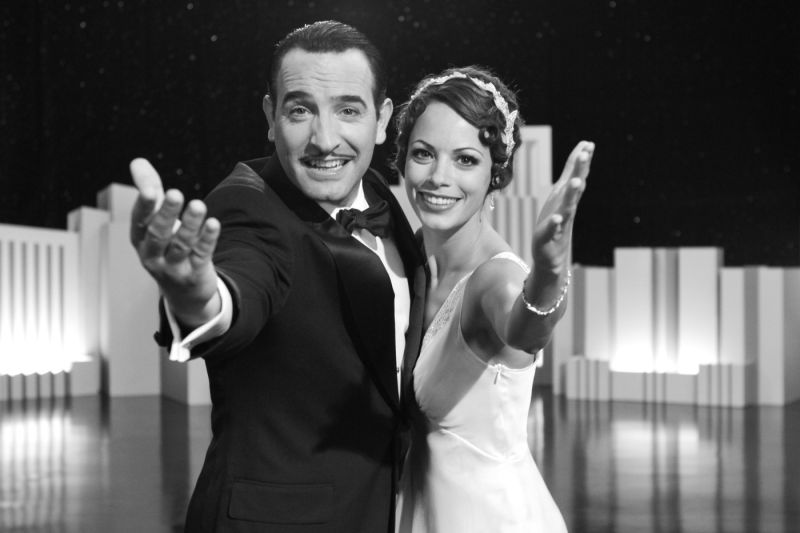 Every day, interspersed between day and night schedules, the Carnival has parades, the Corsos. In these corsos, there are no samba schools but rather groups of disguised people that sign up in advance to participate in the parade and compete to win the award for best masked group- and you can vote. Groups of friends, colleagues or even entire families sign up and take part in one of the highlights of the event, which is always accompanied by the typical floats and the scary “cabeçudos”. The Carnival always starts with the school corso, the only one in the morning, where all the school groups in the municipality participate with the masks they created. In this parade, the little ones are the stars! 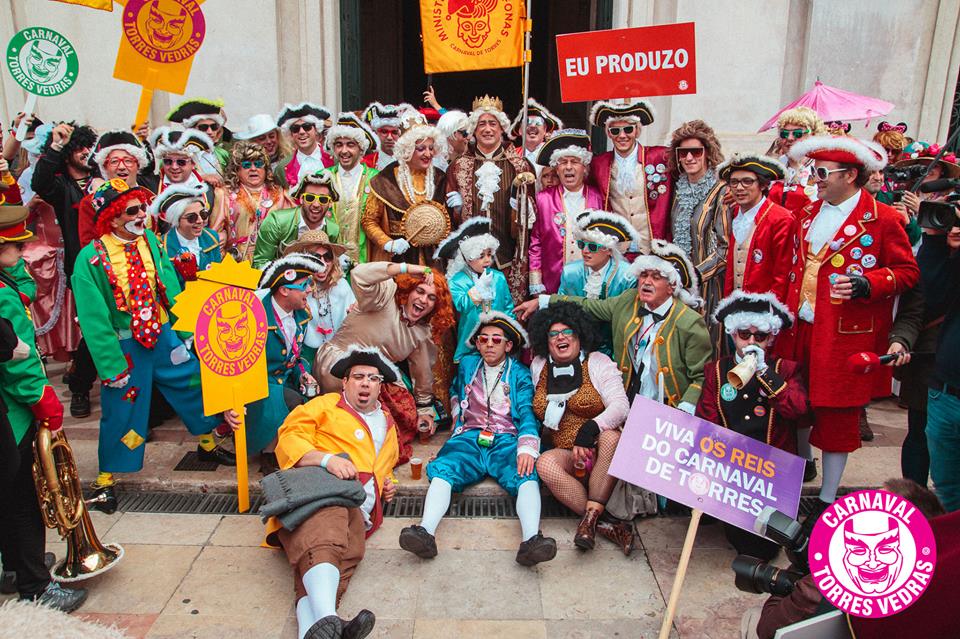 Praça da Batata, Mercado, the streets of the Castle, the bars Horaga and Celeiro, Caravela and the night club Túnel, are some of the most popular places of the event, with music, bar and lots of fun. They're also the most turnout and crowded places. In the most popular days of the Carnival (Saturday and Monday), the access to these places can be more confusing. 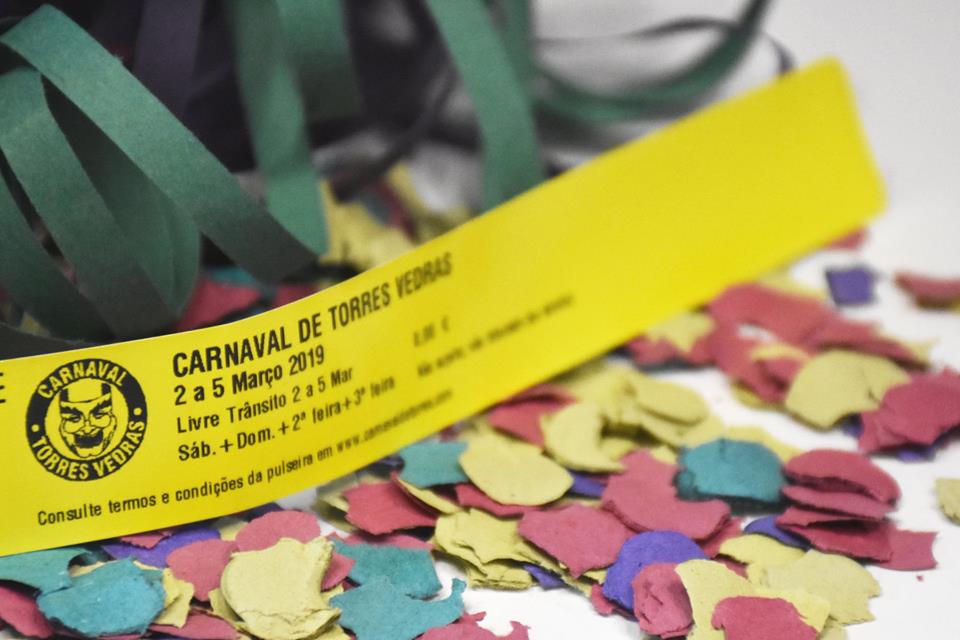 Carnaval de Torres Vedras is, for the most part, celebrated outdoors in the city center, and the main area is delimited by a venue confined to ticket holders, or free transit during the evening corsos of Saturday and Monday, and daytime corsos of Sunday and Tuesday. Tickets can be purchased at Ticketline or at the selling points at the entrance. For children up to the age of 9 and unemployed people (on Carnival Tuesday and on presentation of Social Security proof) admission is free. Every year, from December to January, the Carnival Kit is launched, which already includes a free pass and additional gifts regarding the theme, at a more affordable price than other free passes available later on. All squares close their stage at 4:00 a.m. but the party continues in the streets and evening entertainment places until the next day.

How to get there 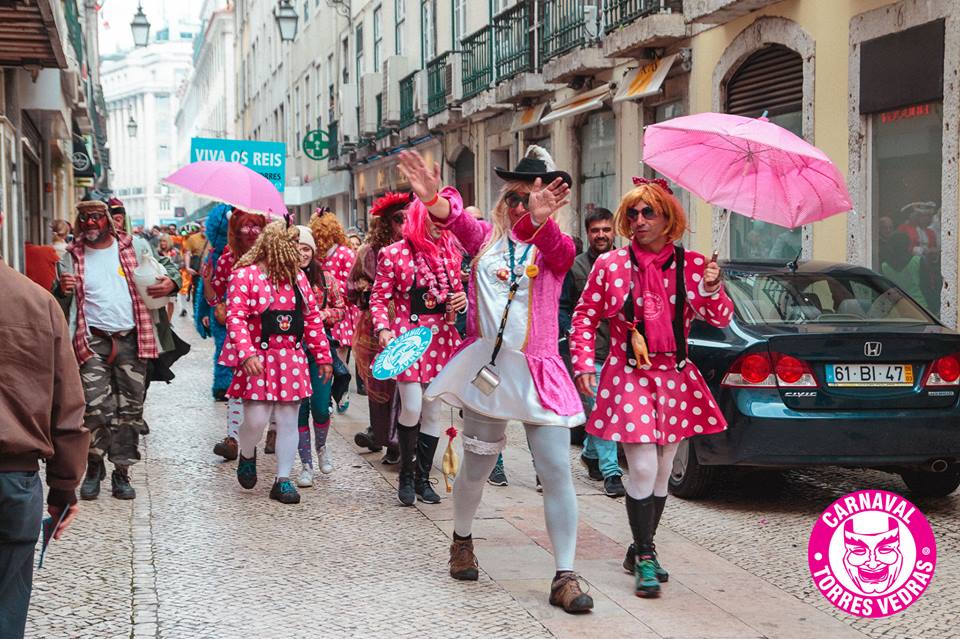 From Lisbon to Torres Vedras, choose A8 to Leiria to the Exit 7- Torres Vedras Sul (average journey time: 30 minutes). Alternatively, choose N8 by Venda do Pinheiro and Turcifal to Torres Vedras. Since during the event, traffic is conditioned, avoid parking your car in the central zones.

If you prefer public transport- as recommended- you can take the nonstop bus from Barraqueiro Oeste (at Campo Grande), the nonstop bus from Rede Expressos (at Sete Rios), both with an average journey time of 40 minutes, or opt for the trains CP Portugal (the option with the times more closely spaced and with a longest journey time takes about one and a half hour) through the regional train (leaving from Santa Apolónia, passing in Entrecampos and Sete Rios). 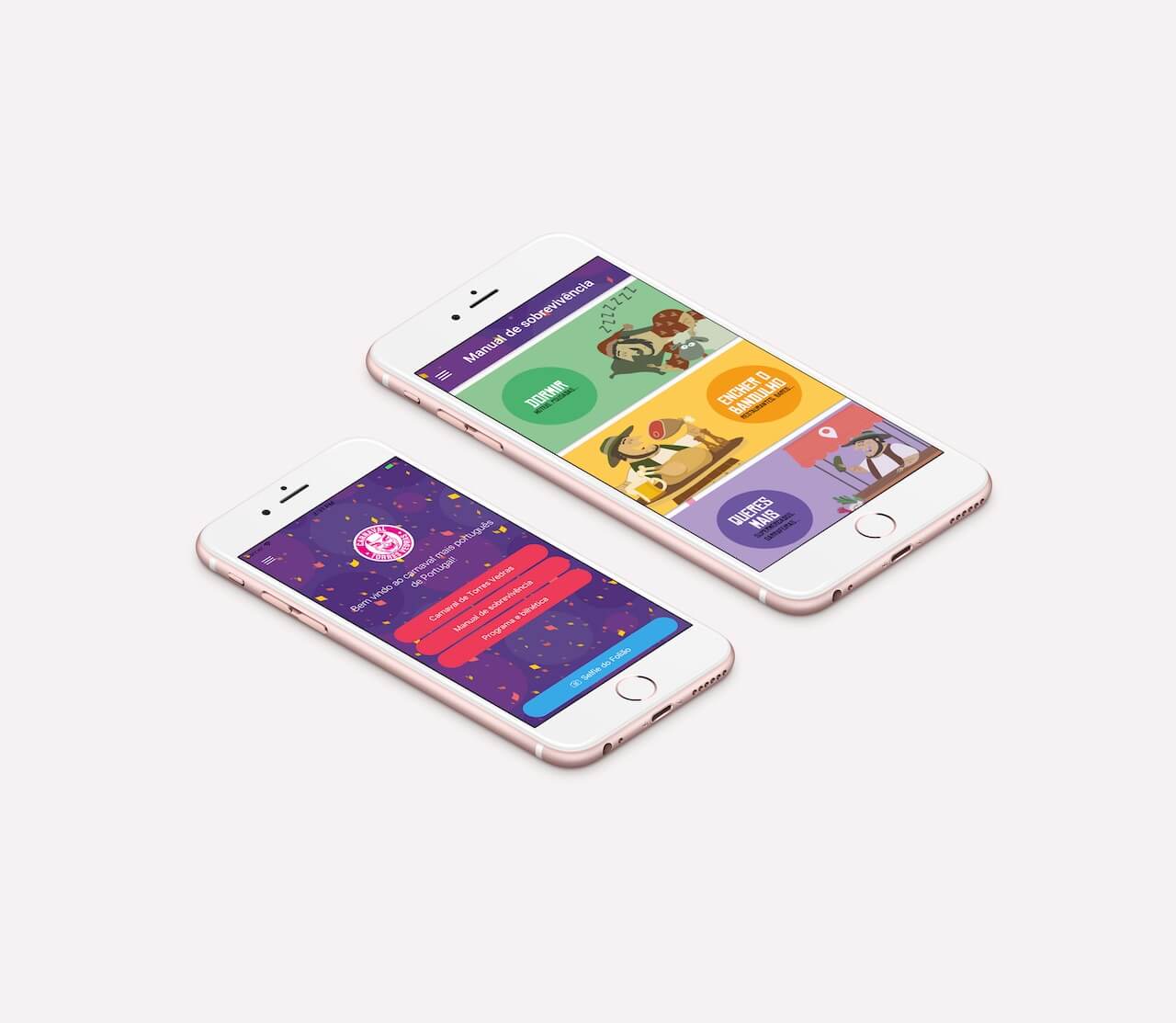 In 2018, the application “Carnaval de Torres Vedras” was launched, intended to be of use to anyone visiting this event (and the city) for the first time. The app is simple, intuitive and offers information regarding accommodation, restaurants, supermarkets, tourist spots and health and emergency points (hospitals, pharmacies, police and firemen), all with integrated maps and contacts. The app also has a wide map of the city, marked with several points of interest that you can filter, depending on your interests. Available, free of charge, for iOS and Android, it's worth having help a touch away. 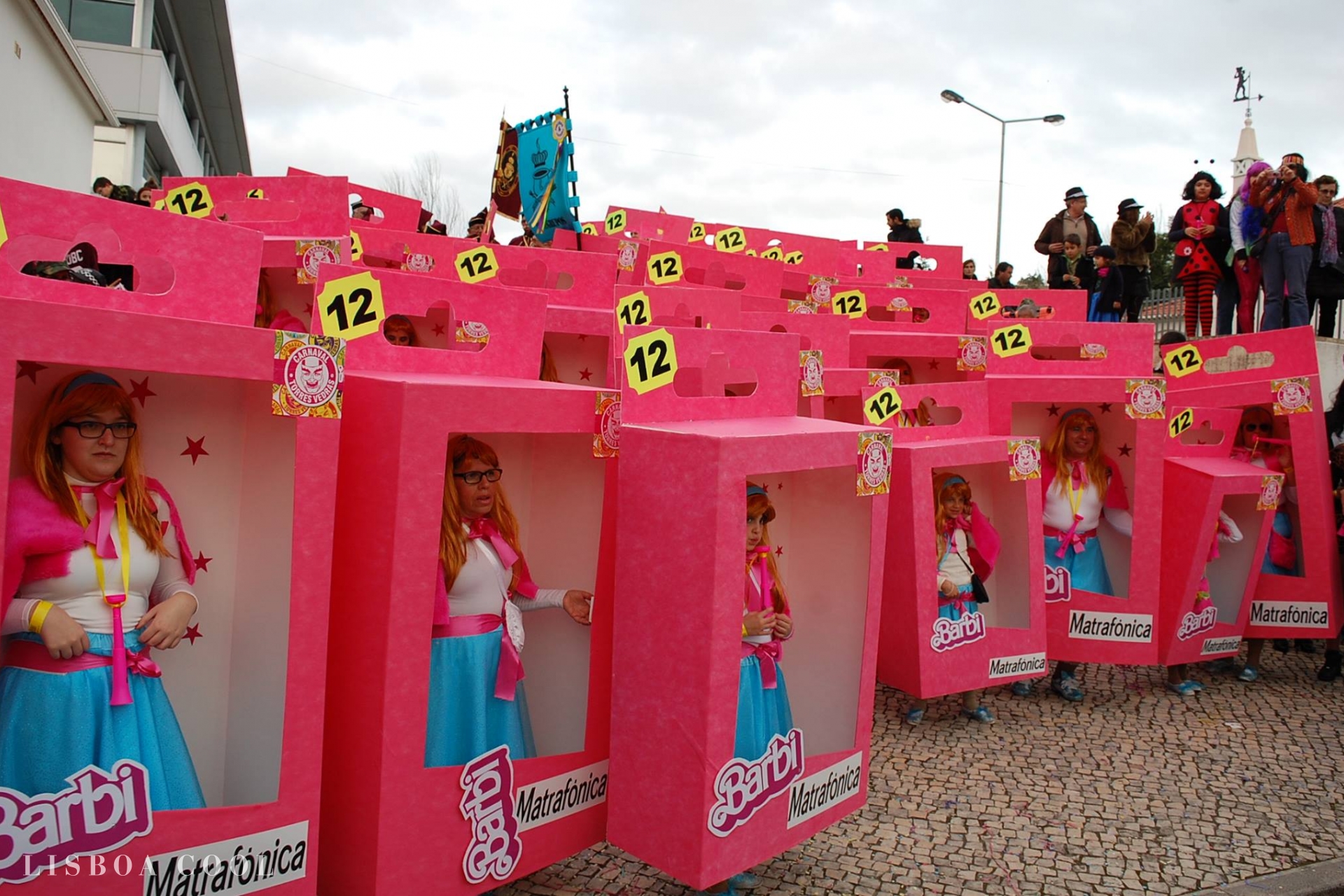 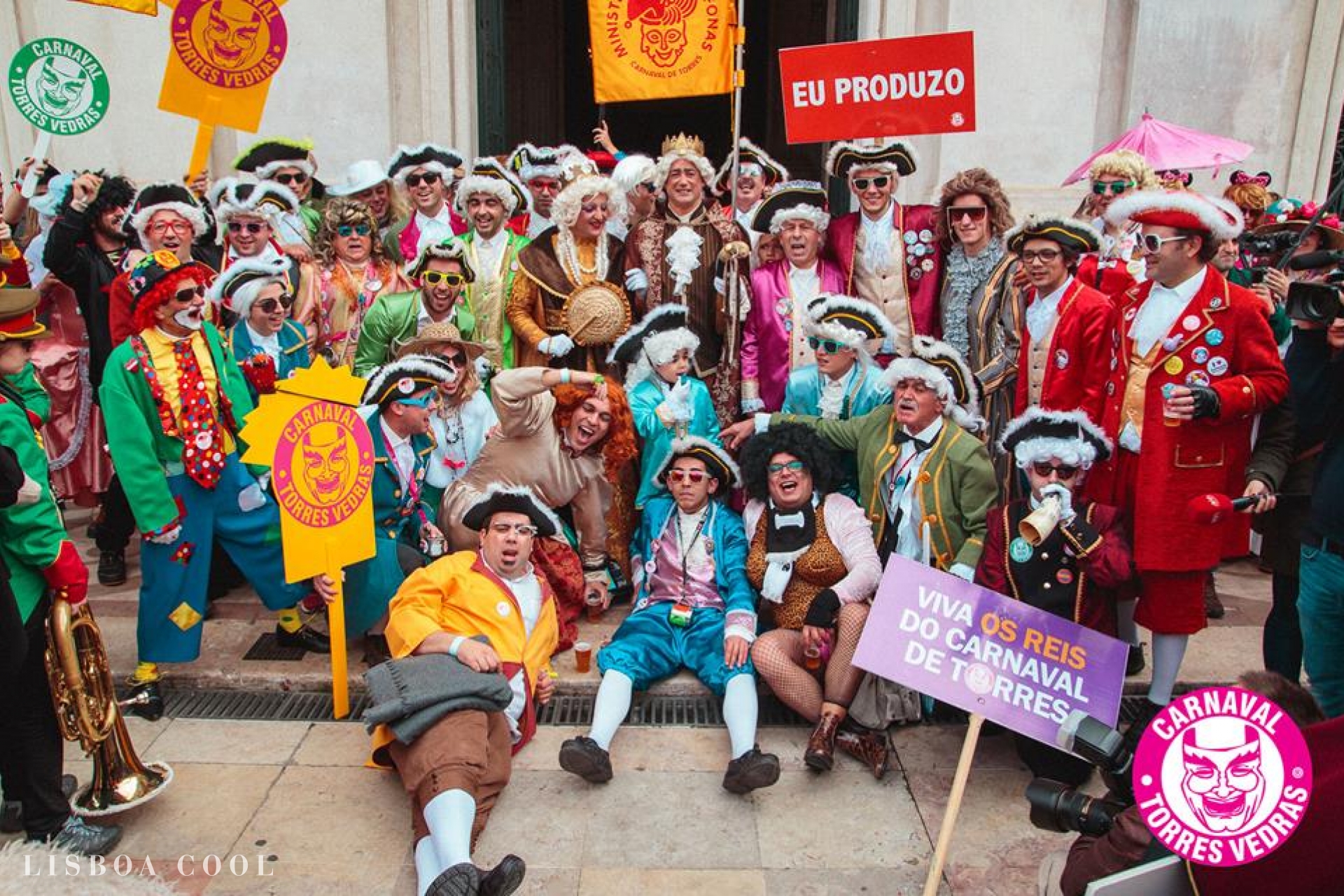 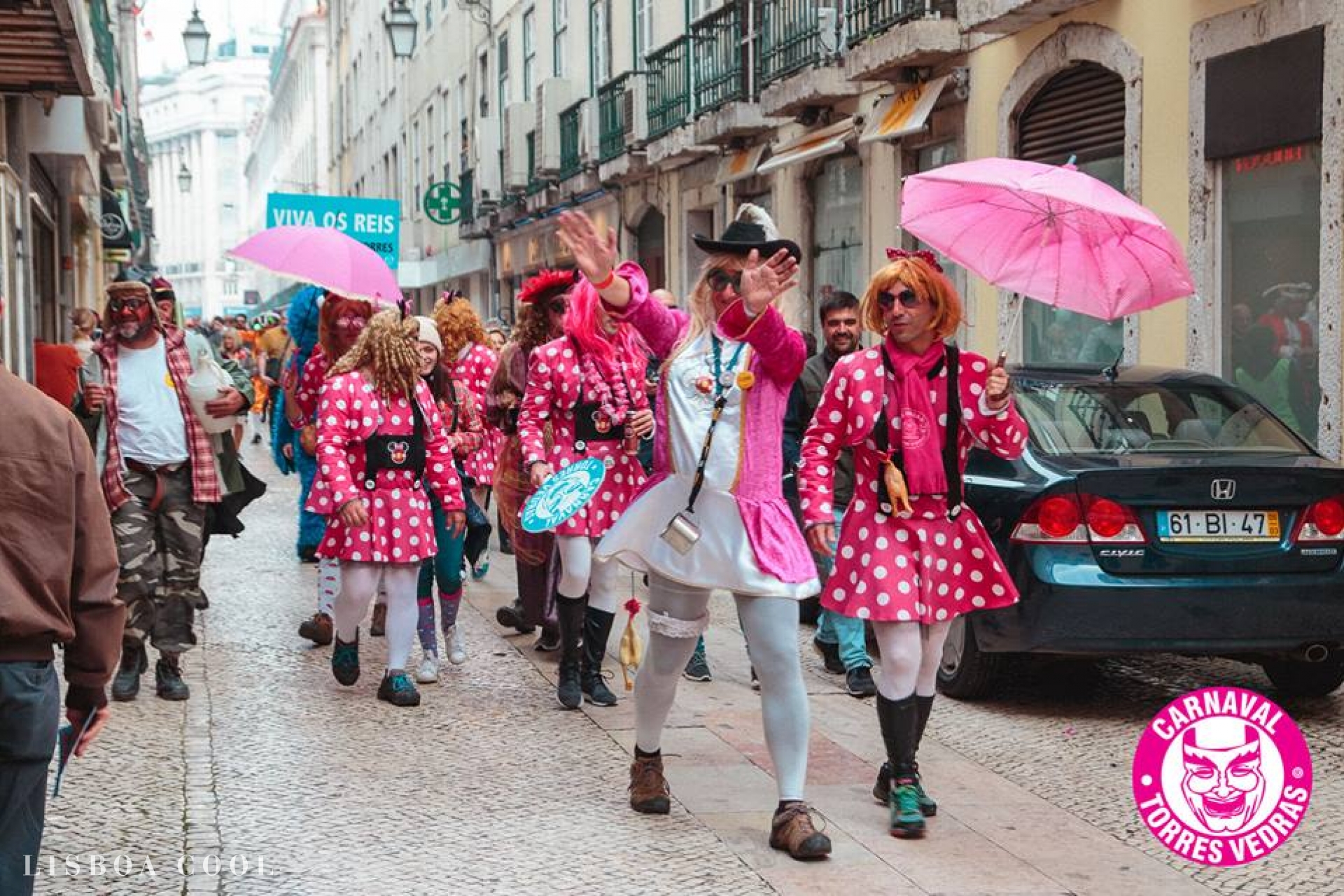 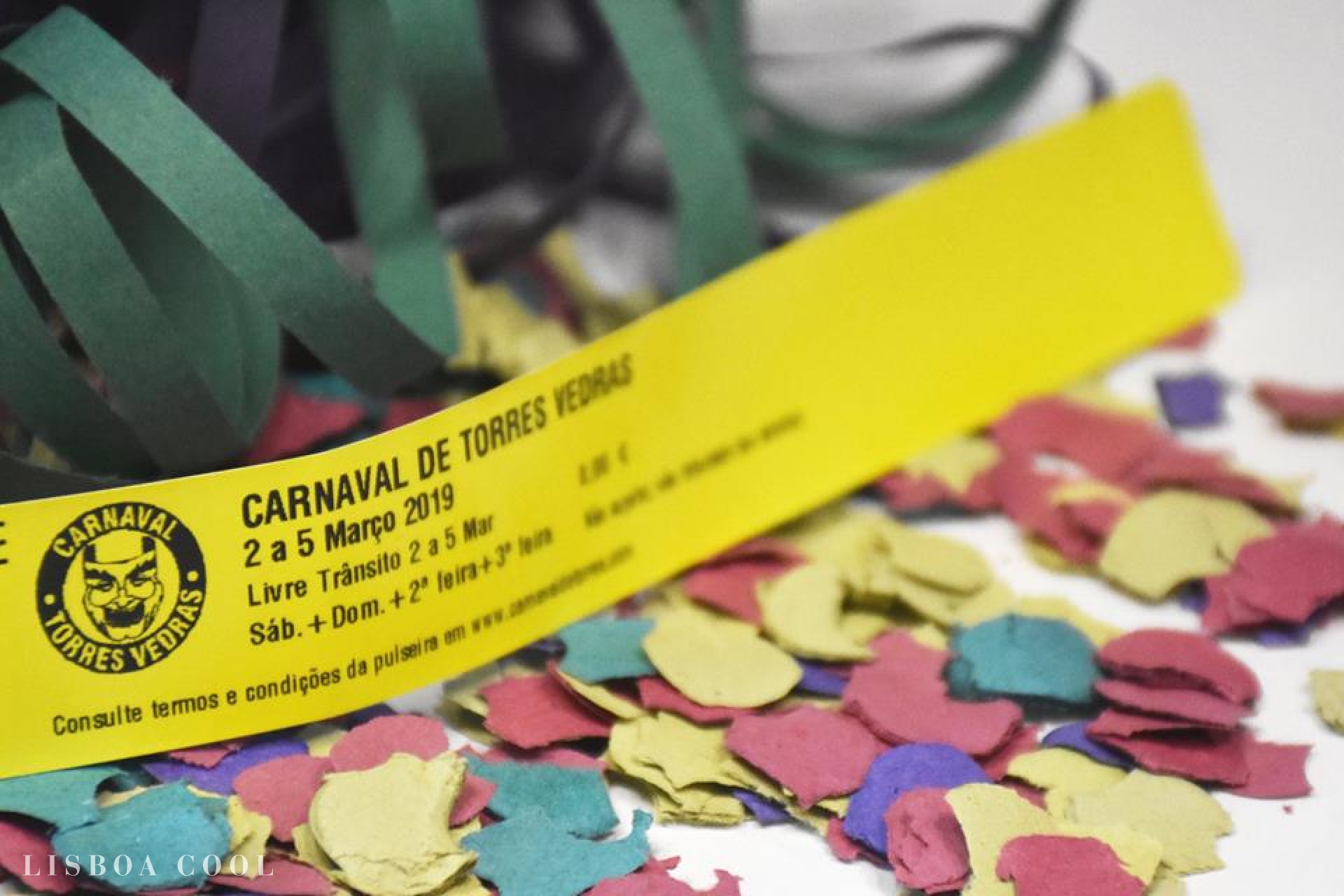 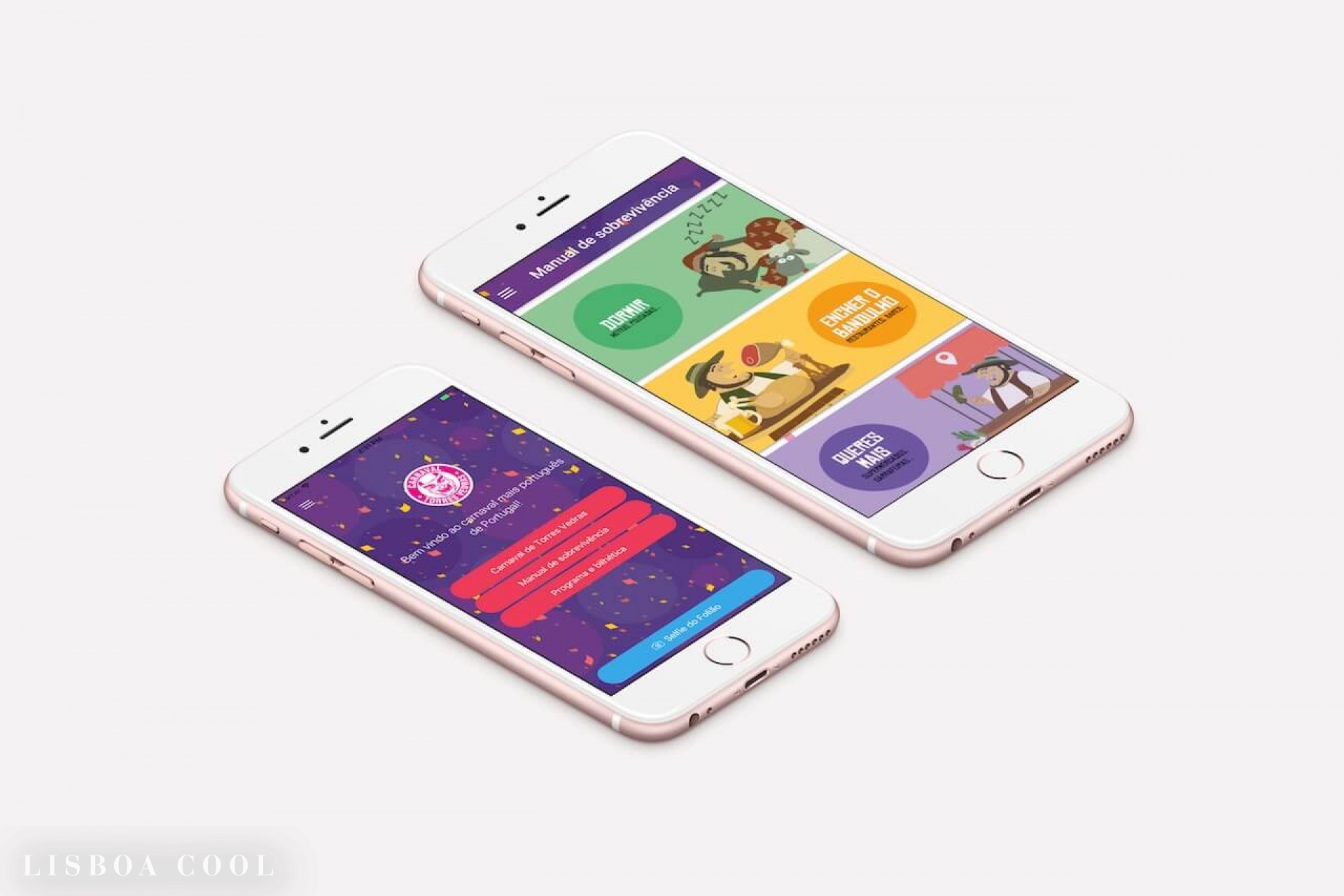 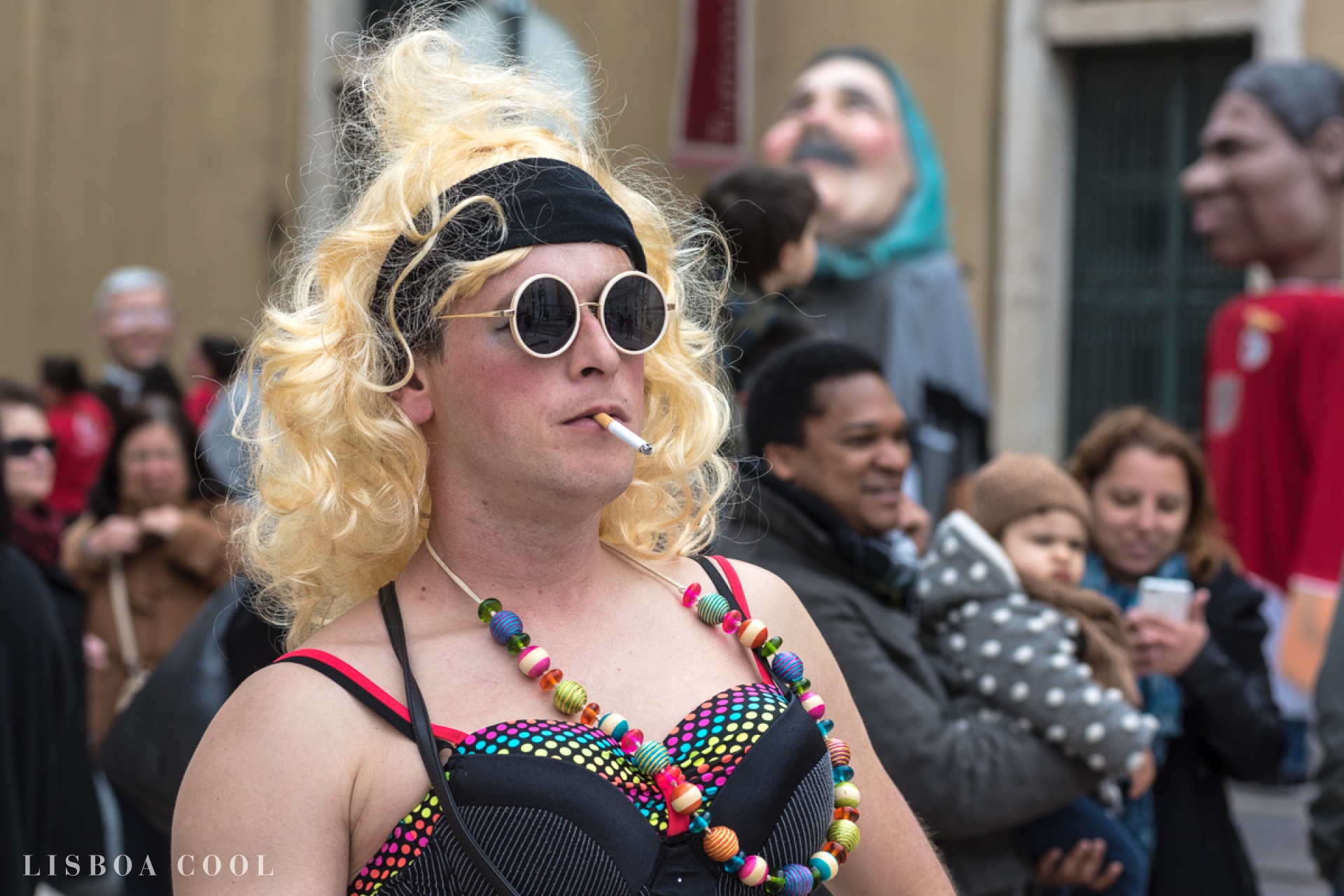 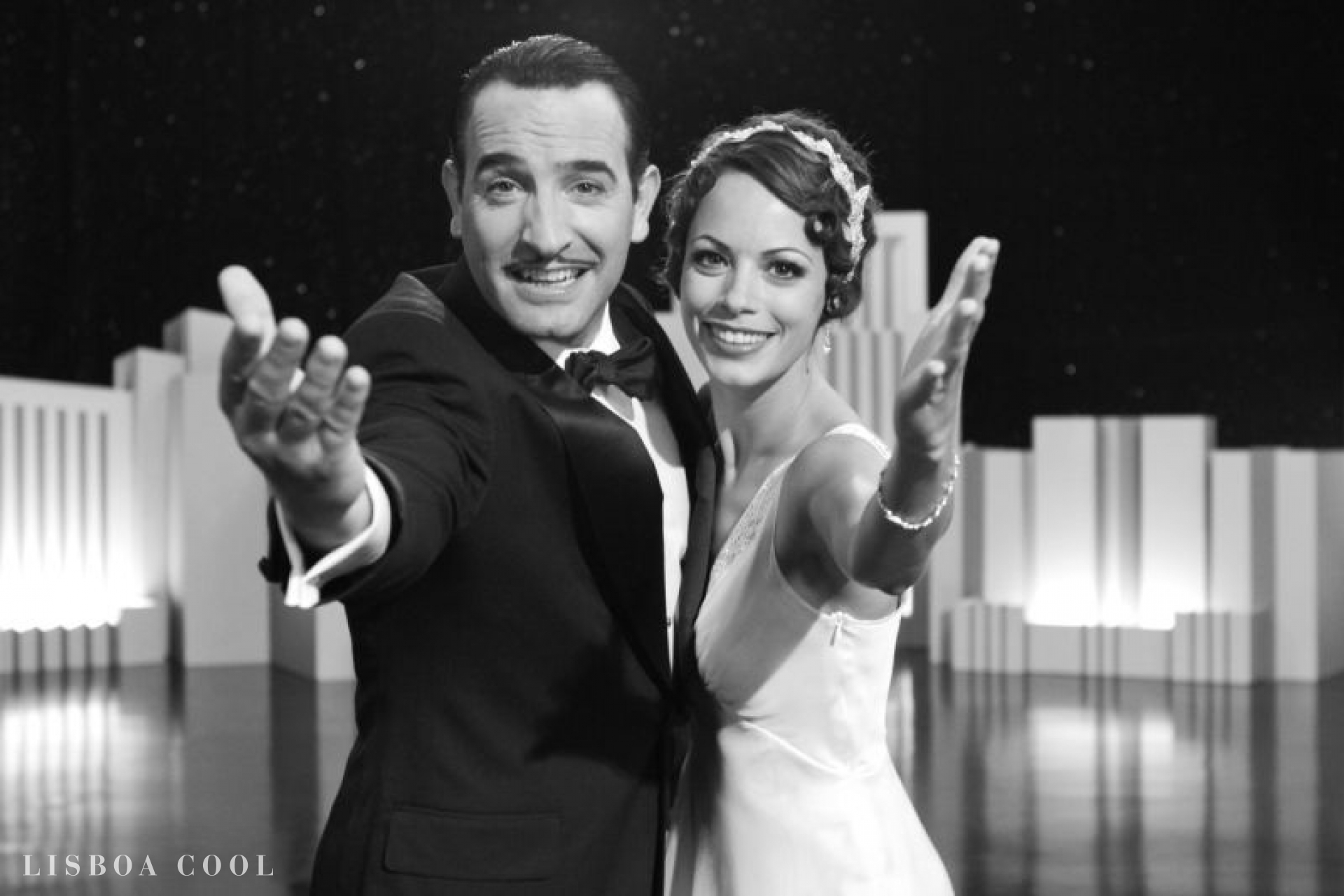 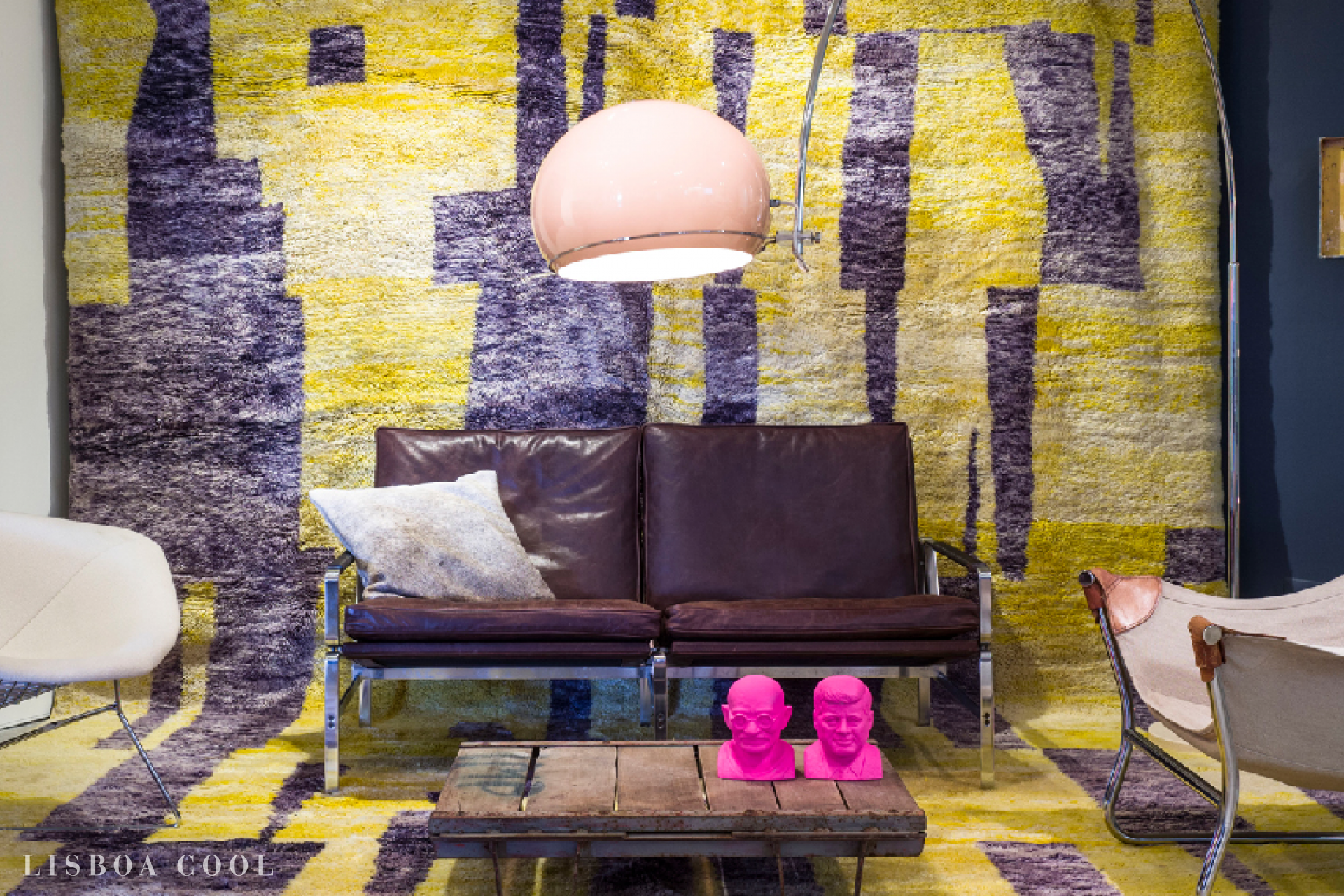