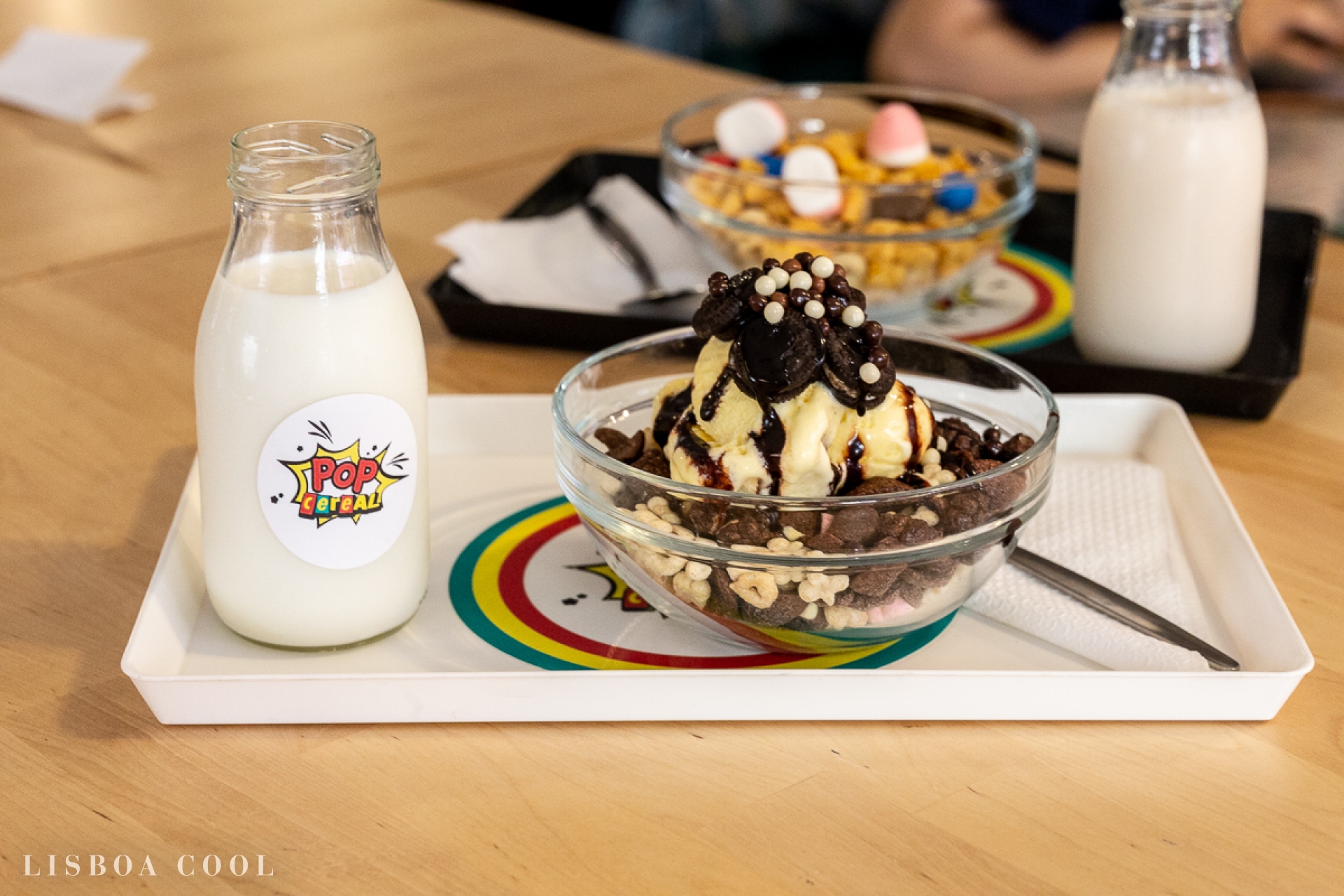 Pop Cereal Café answers that question: first the cereal and then the milk. In this cereal bar, in the heart of Bairro Alto (contradicting the idea that this area is only visited at night), there are more than 100 different variety, including some that can't be found in the national supermarkets.

It was an idea from three friends. In a trip to London they found Cereal Killer Cafe and decided to bring the concept to Lisbon. A year has passed from the idea to the opening, and everything we see in this place was idealized by the owners - not only the menus, but also the restoration of the furniture and the decorative elements. There's a bunk bed (for breakfast in bed) and a table on the ceiling, upside down, as well as a vintage phone and several posters of humorous films adapted to the theme of cereal.

At Pop Cereal Café the suggestions fit at any time of the day and the extended hours meet that urge that so often appears: cereal for dinner. In addition to the suggested menus, there's also the possibility of creating a fully customized version of the traditional cereal bowl (choosing only a variety of cereals or mixing 3 or 5 different references). Among the toppings there are cookies, chocolates, gummy bears, caramels and nuts, but the most surprising is the ice cream that can be added to any combination (believe it, you'll want to try it!).

Our order included a “Heaven is Made of Chocolate” (with chocolate lucky charms, crunch, chocapic, chococrush, mini oreos, chocolate topping, crispy chocolate balls and a scoop of vanilla ice cream) and a “Crazy About Cereals” (a customized order that included cheerios, captain crunch, lucky charms, strawberry gummy and M&Ms). The first was served with simple milk and the second with lactose-free milk, but there are other proposals (from mint milk to strawberry milk, or even soy or almond milk).

The verdict? Approved! In a super cool environment, eating a bowl of cereal becomes a memorable experience that we want to share with our friends. They say it's possible to come to Pop Cereal Café every day for two years and still never repeat combinations... Will you test it?

Cool Tip: Despite being famous for the cereal bowls, Pop Cereal Café also presents suggestions for smoothies (such as Strawdream Berrylicious or Caramel Overdose) that delight the sweeter tooth. 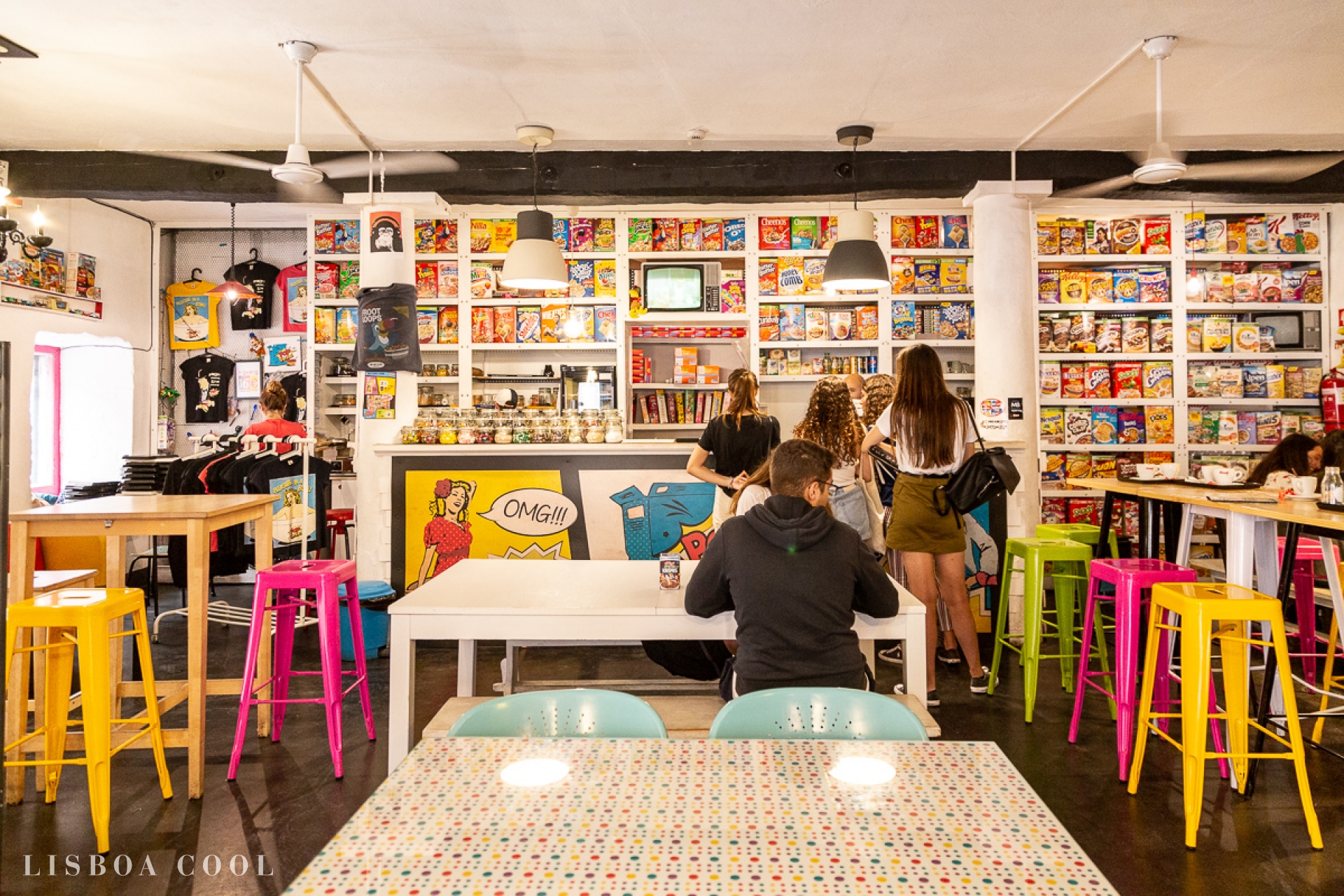 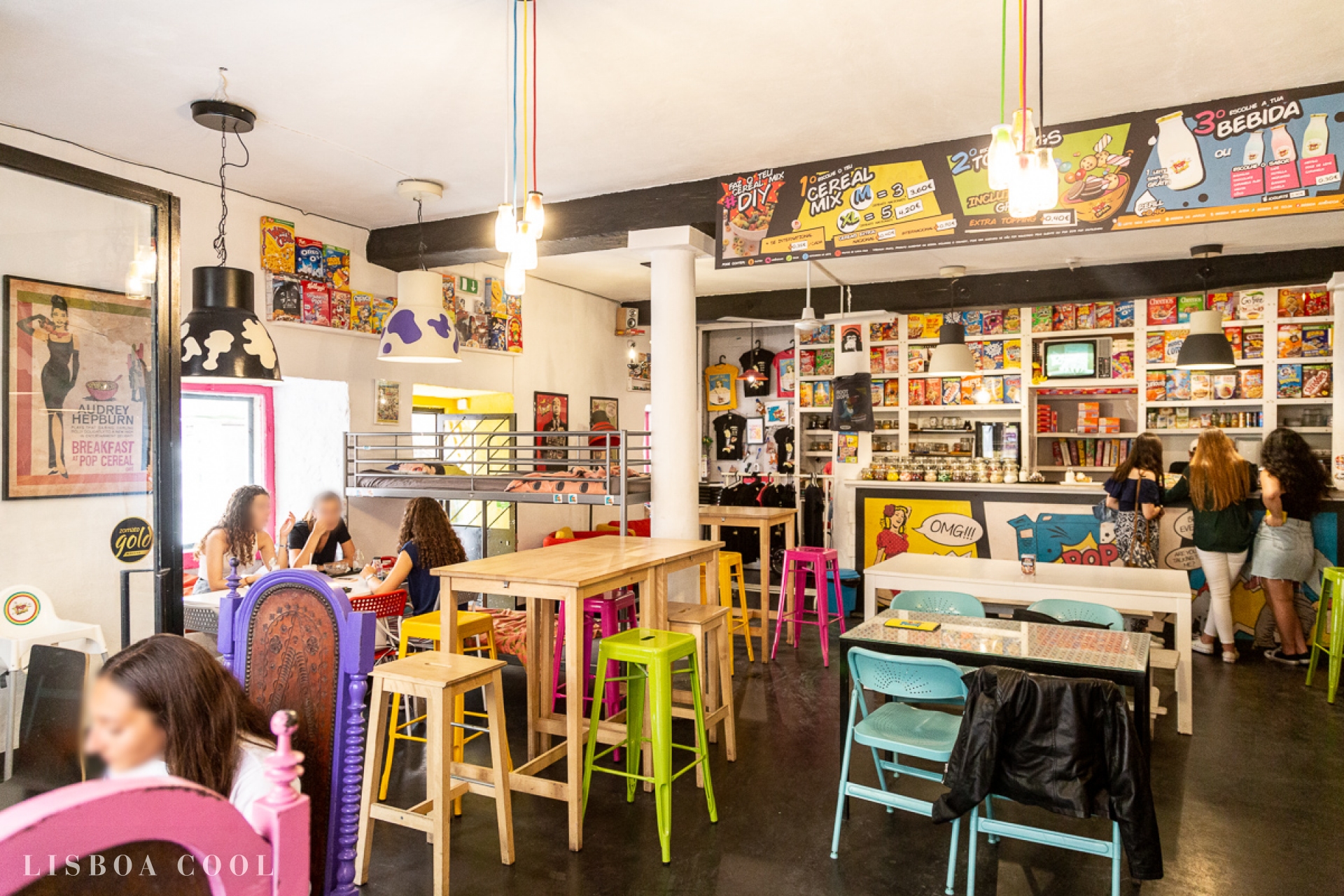 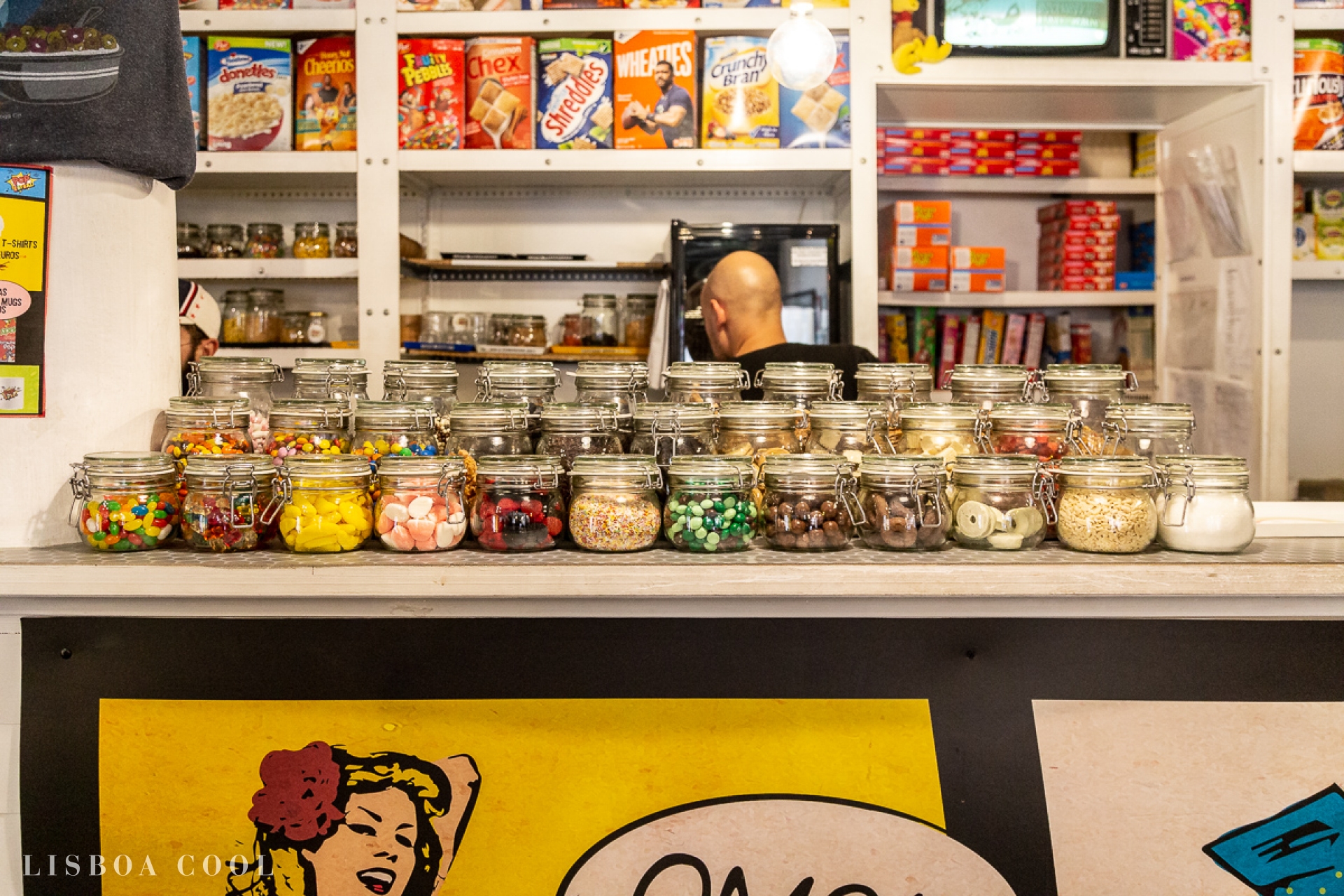 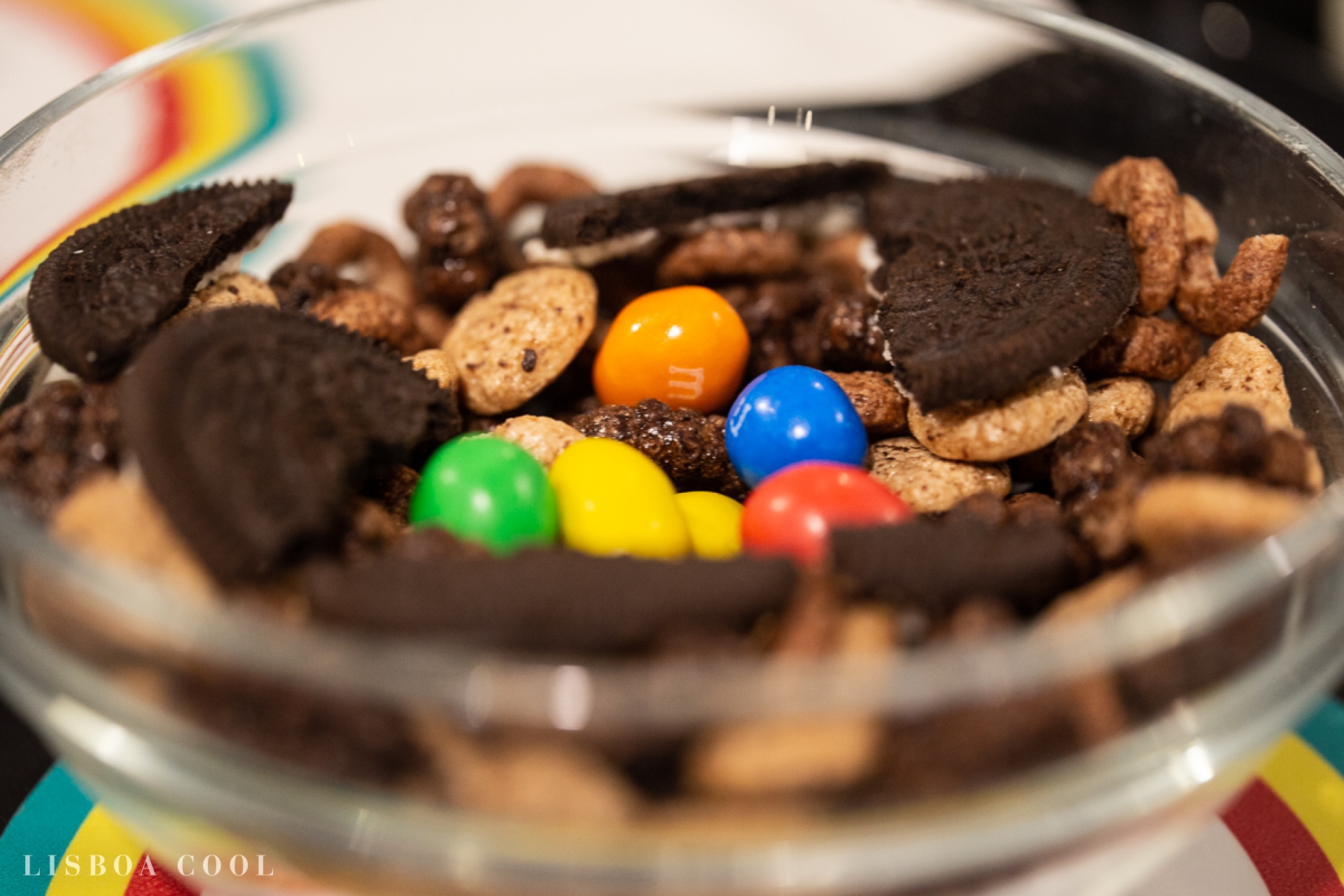 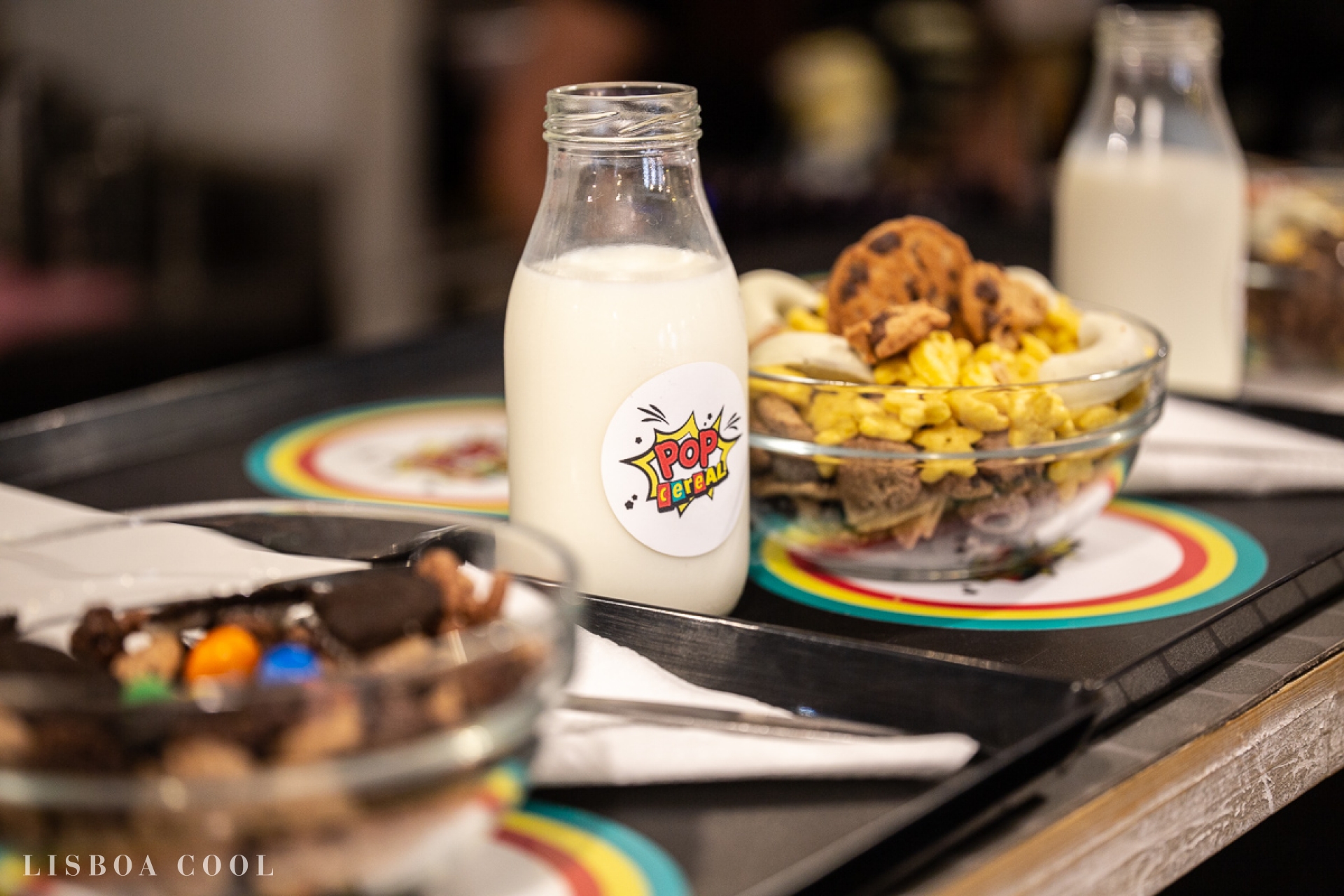 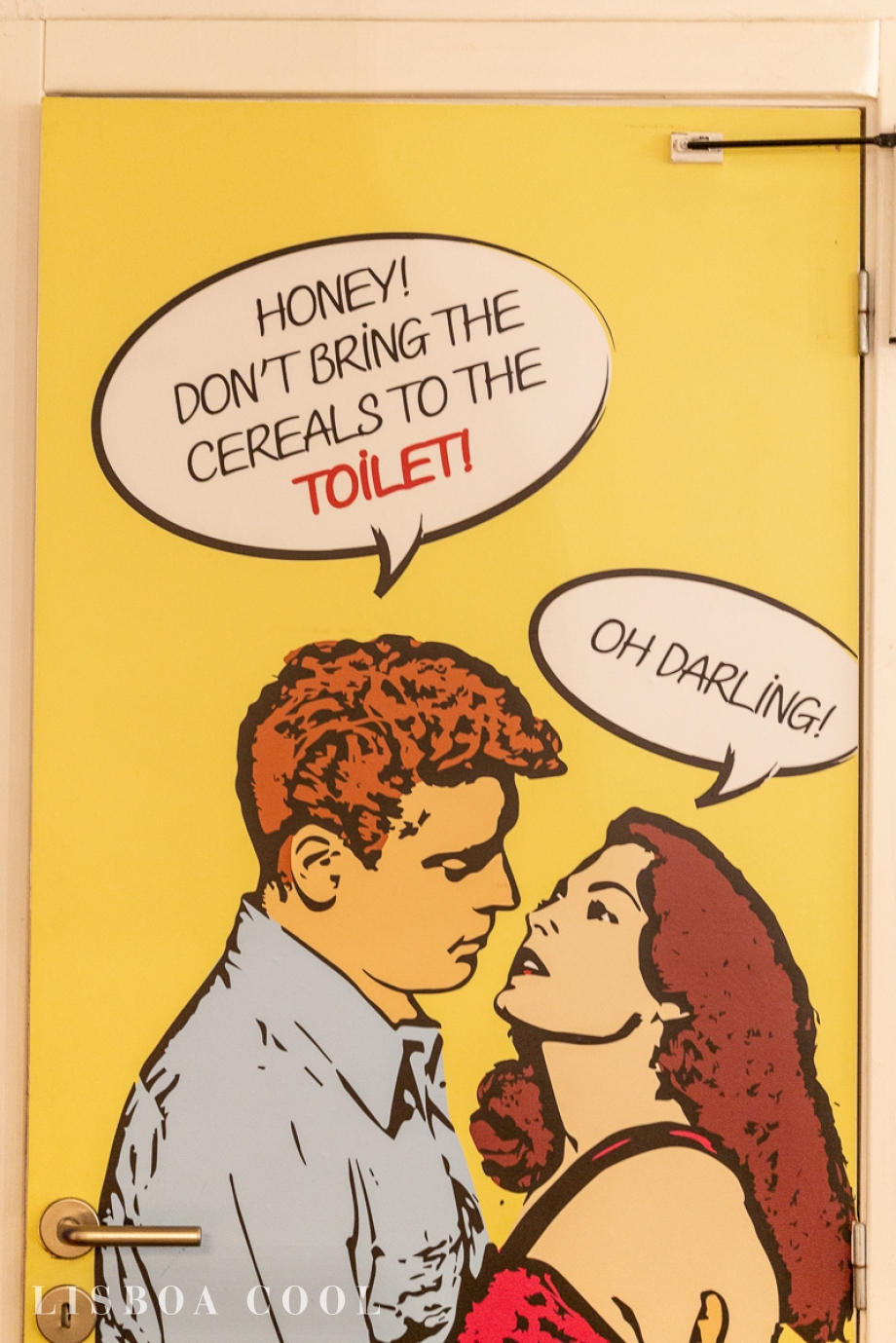 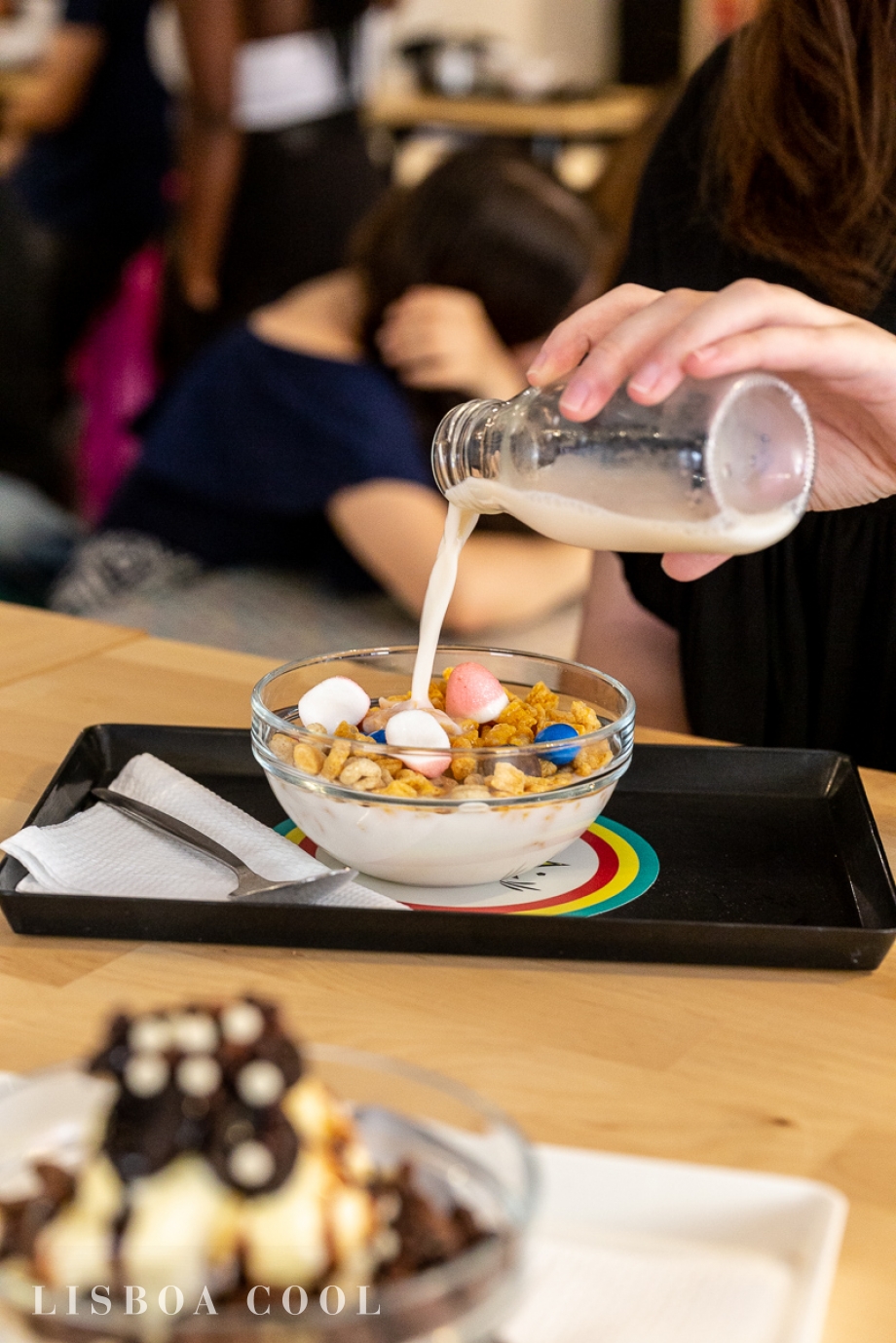 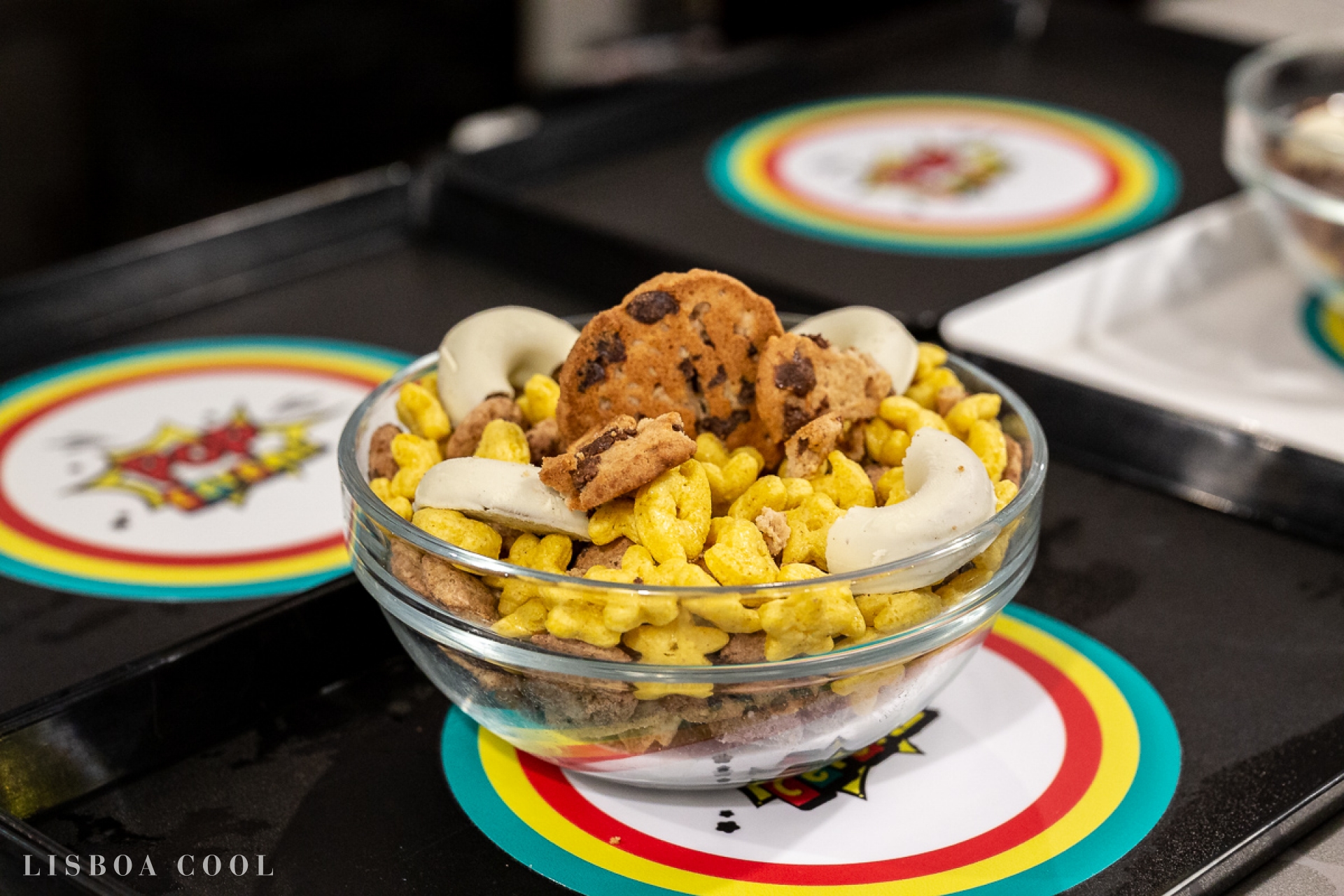 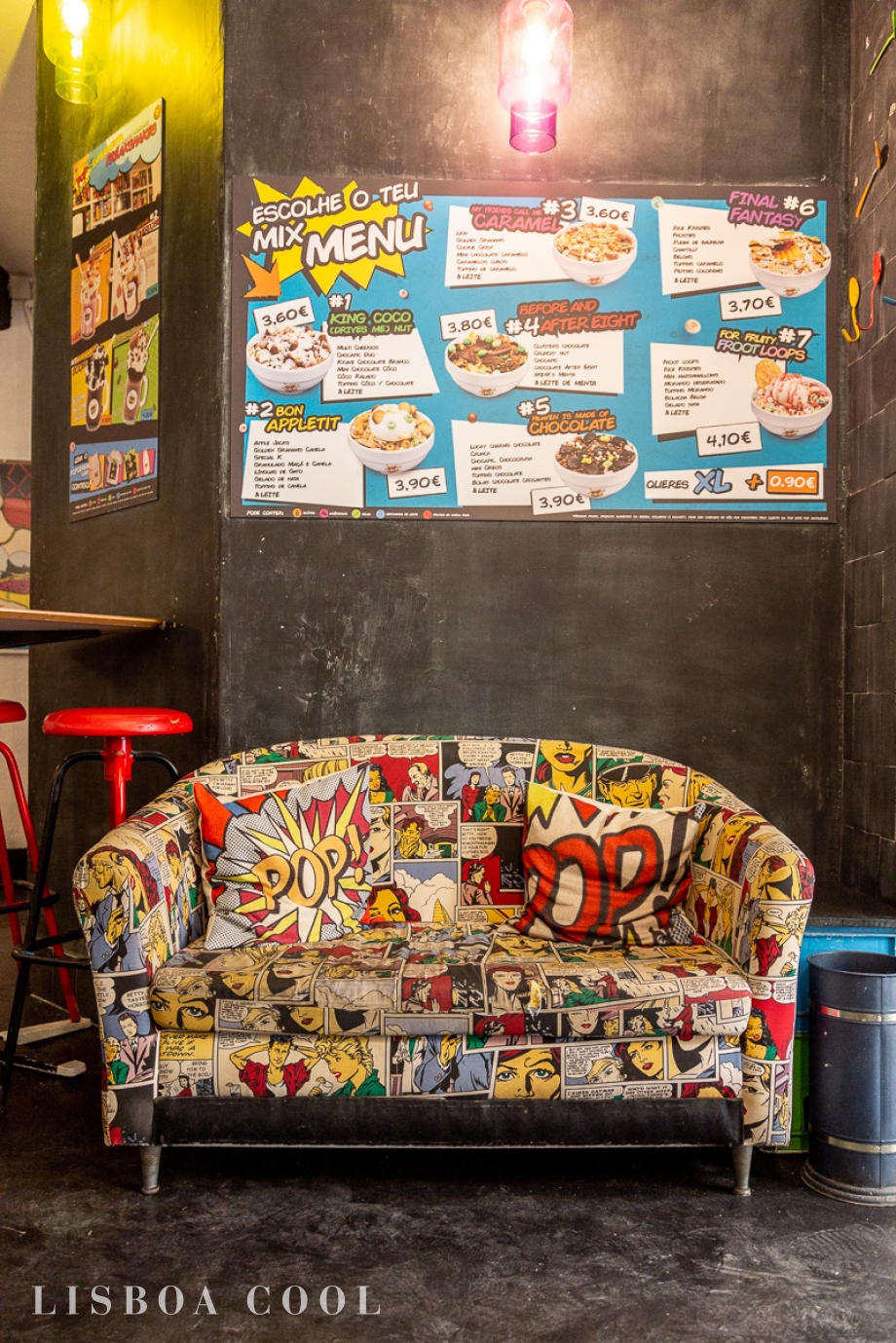 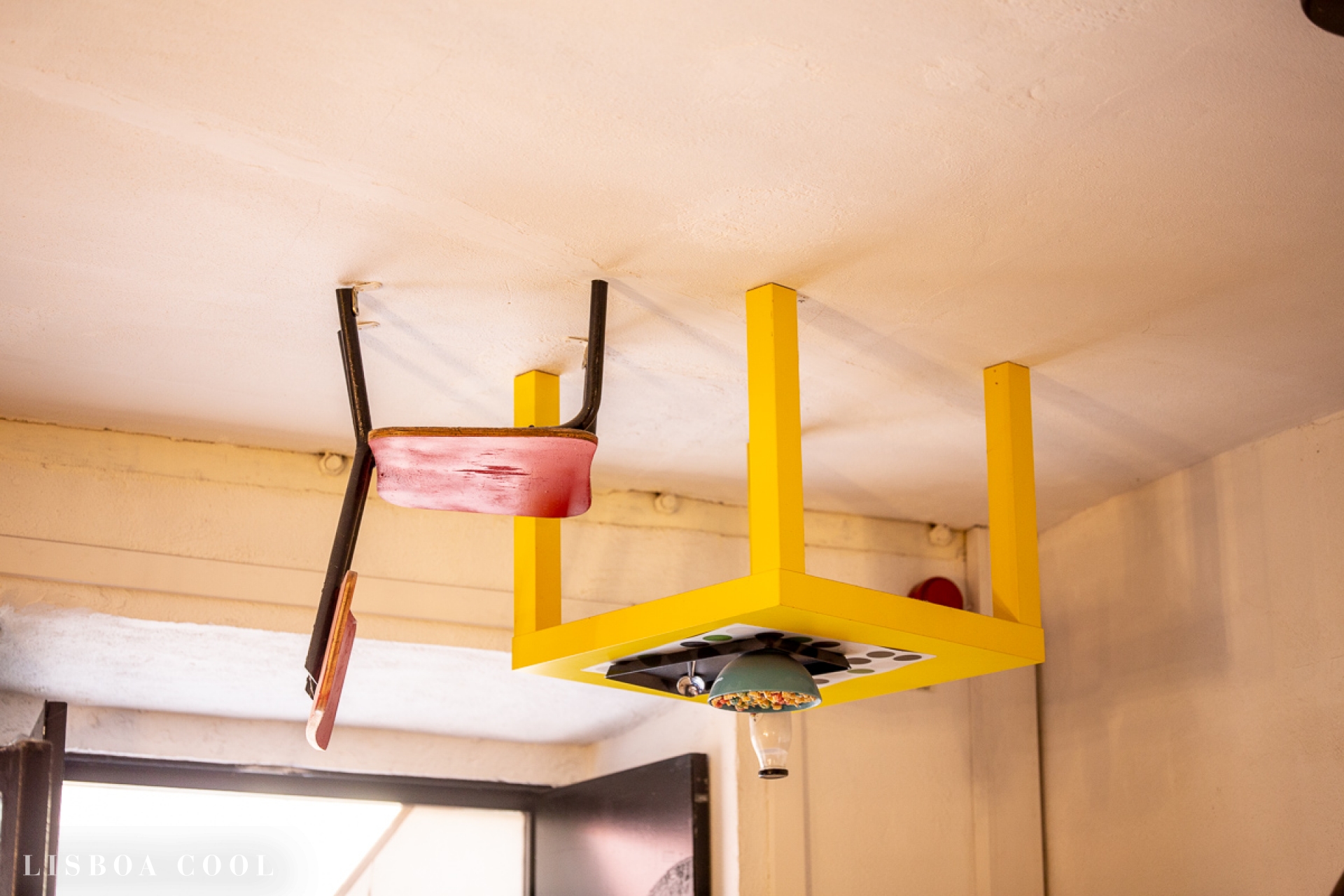 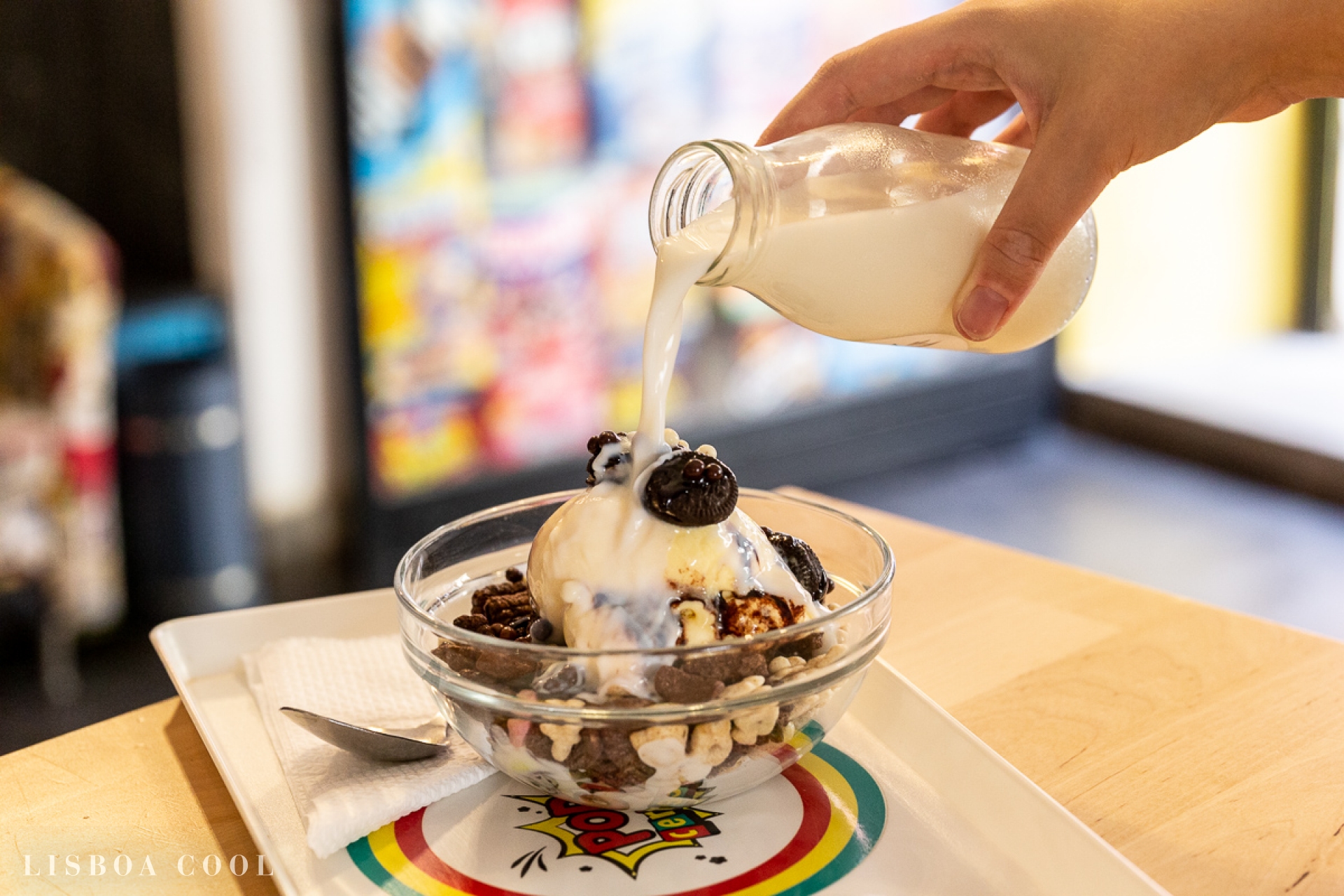 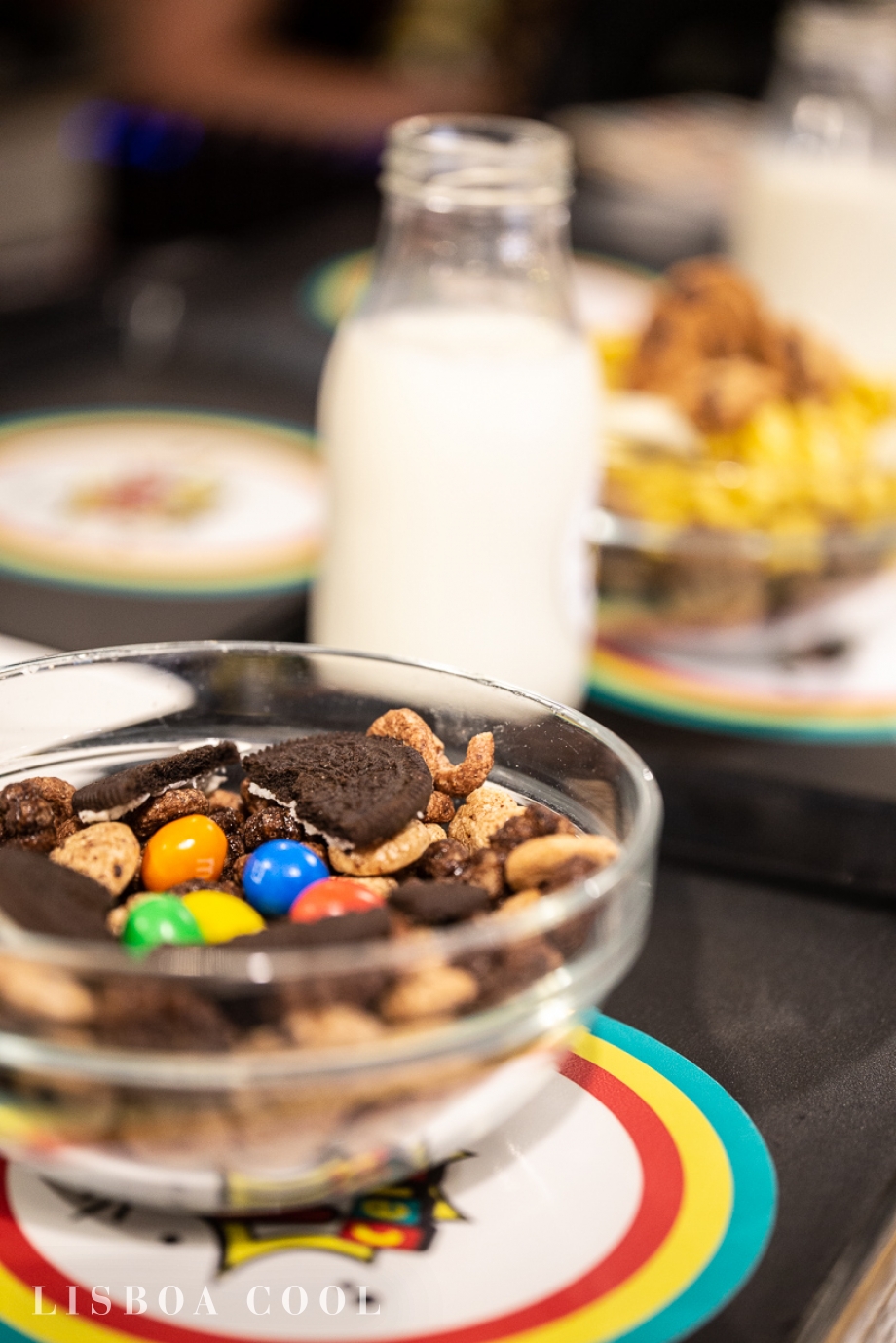 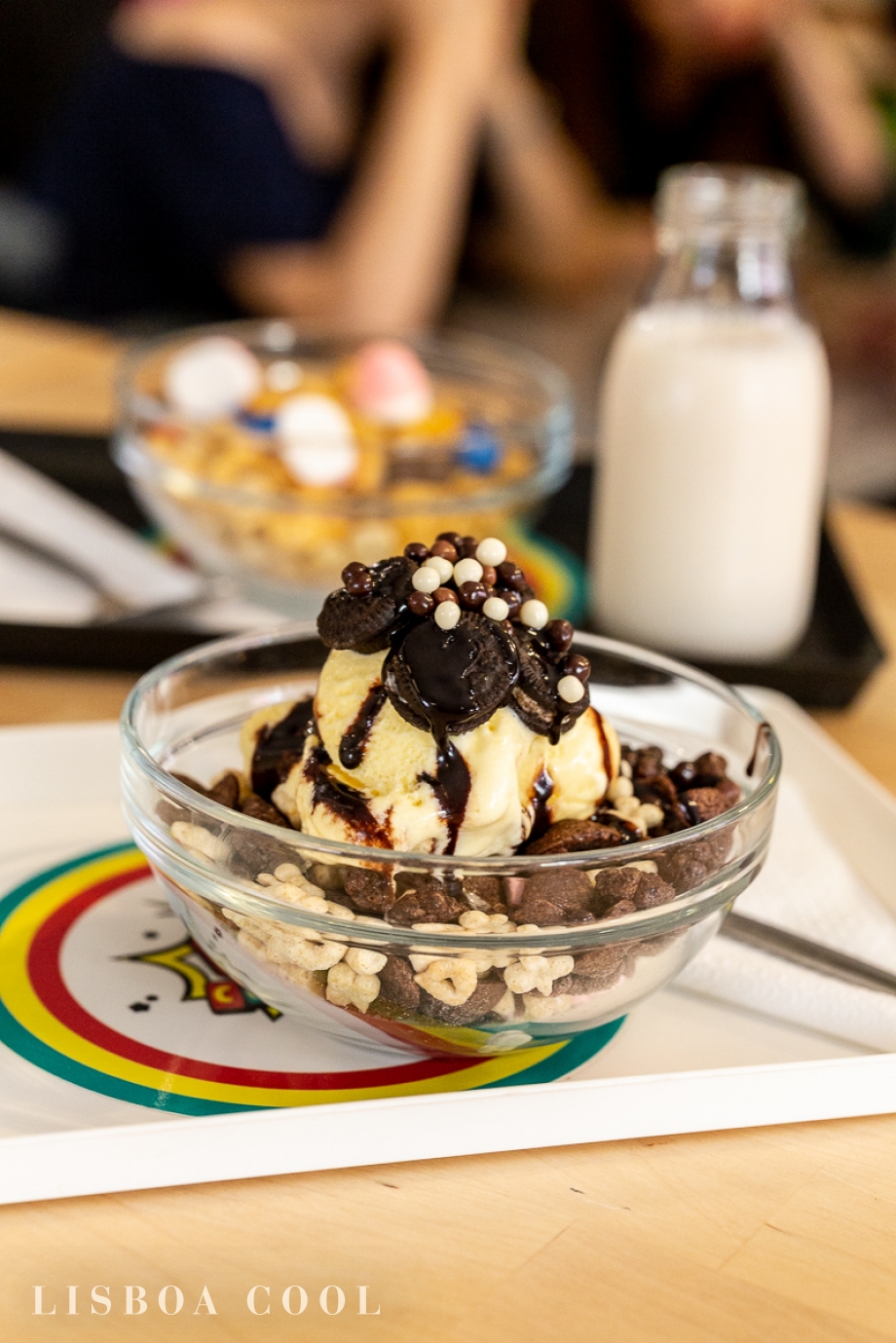 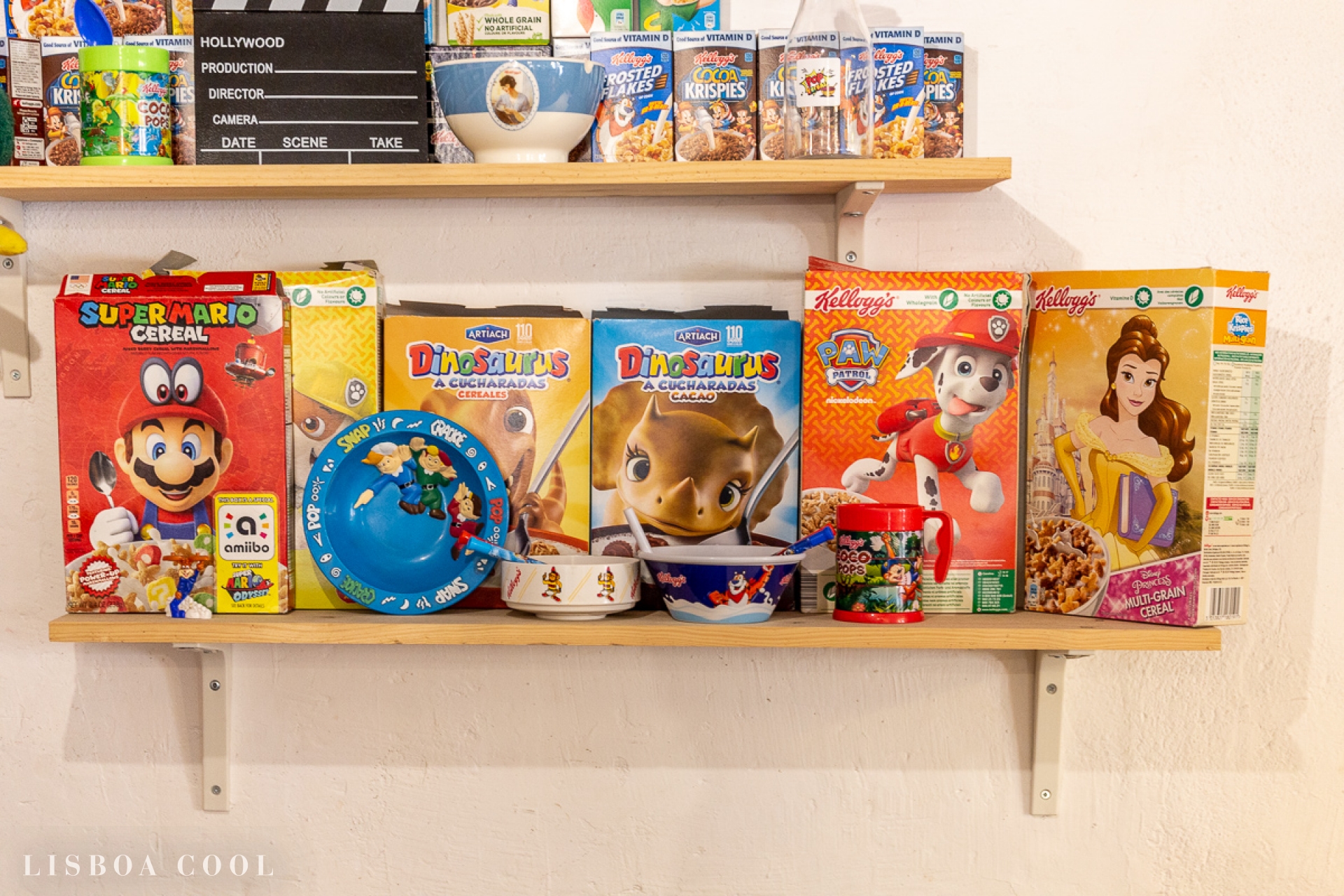