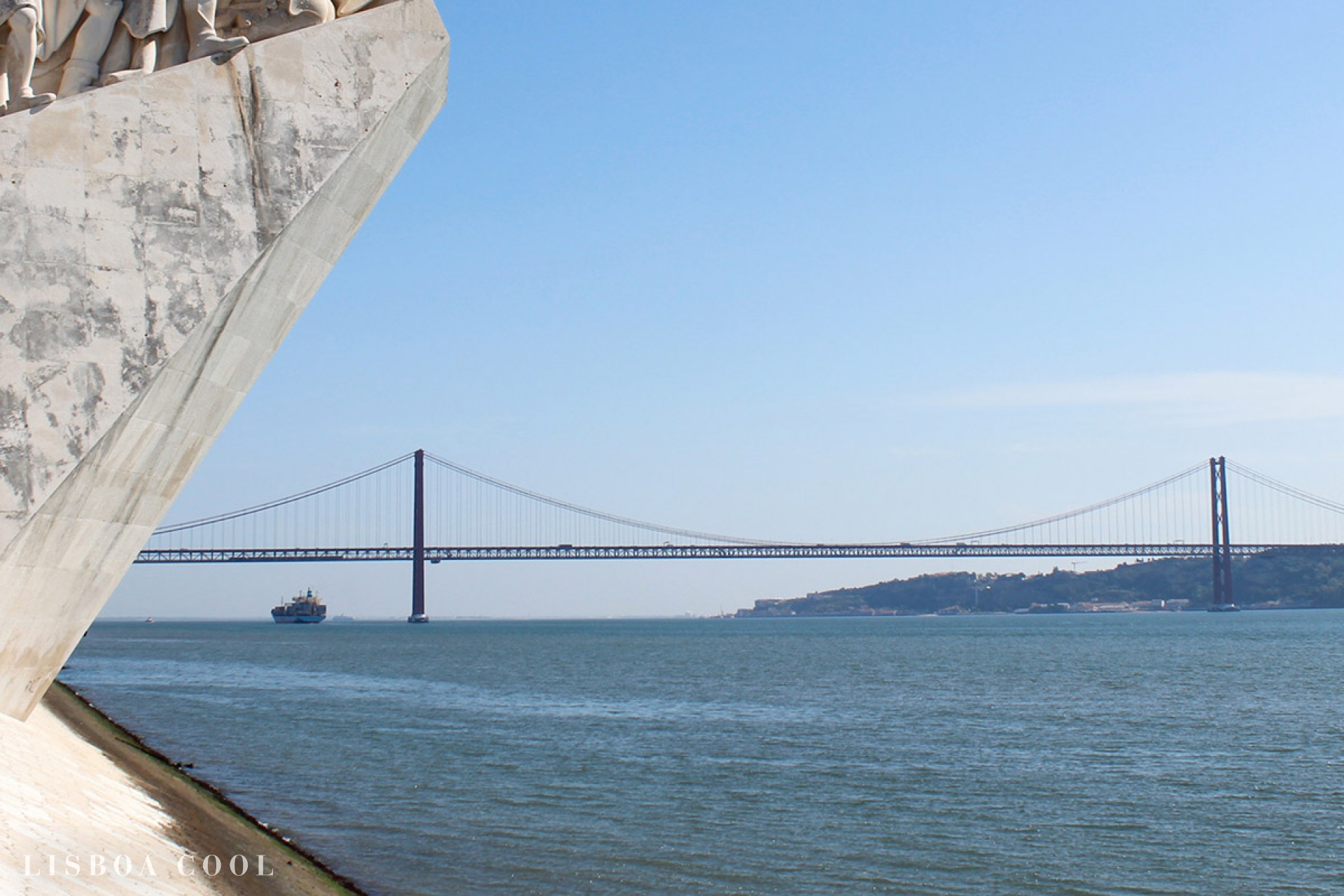 A day in Lisbon with the kids

Children need enriching experiences while they grow and develop. Understand cultural diversity, enhance the vision of the world, stimulate creativity and the taste for different flavors and smells, are some of the benefits of family outings.

And we certainly don’t need to take a 10-hour flight in order to enjoy cultural richness, different environments and new foods.

Lisbon has as much history, as modernity, and in one day it’s perfectly possible to cover a little bit of each, so as to keep the children excited. Keep reading to discover some of the places that shouldn’t be missed. 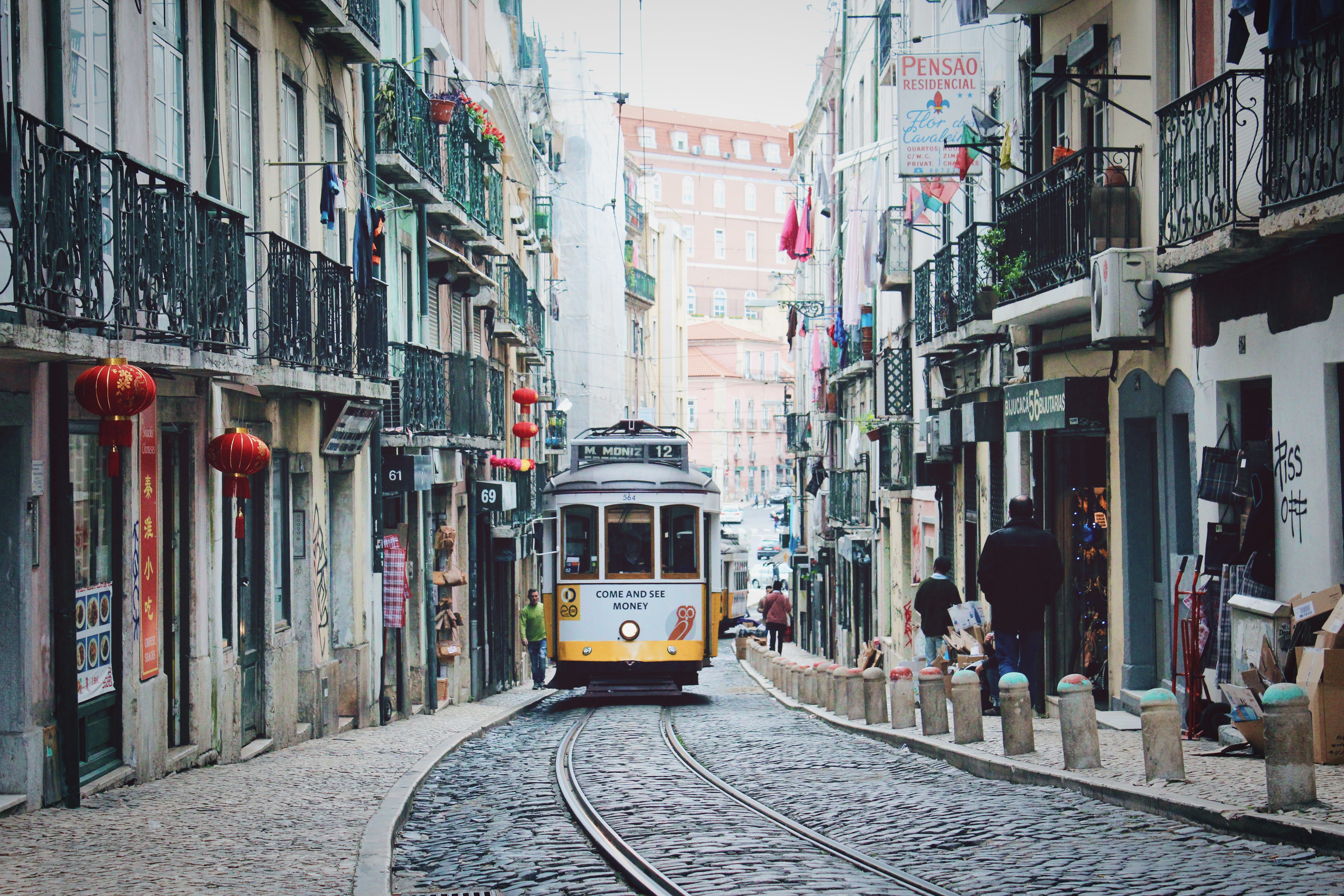 We start things off with a small tour of Rossio.

In reality, this square is called D. Pedro IV Square, and has an urban legend linked to the 27-meter statue that is at the center of all the action. It is said that this is a statue of a Mexican Emperor, judging from the physical characteristics, which are very unique. During many years, the square had no statue, only the pedestal and rulers were being pressured by the people to complete it. With the rush, the works were swapped, and the locals were satisfied when they thought it was D. Pedro IV, whose face isn’t very perceptible all the way at the top.

Bullfights were held in this square and it was a very popular location. Be sure to check out the Dona Maria II Theater. 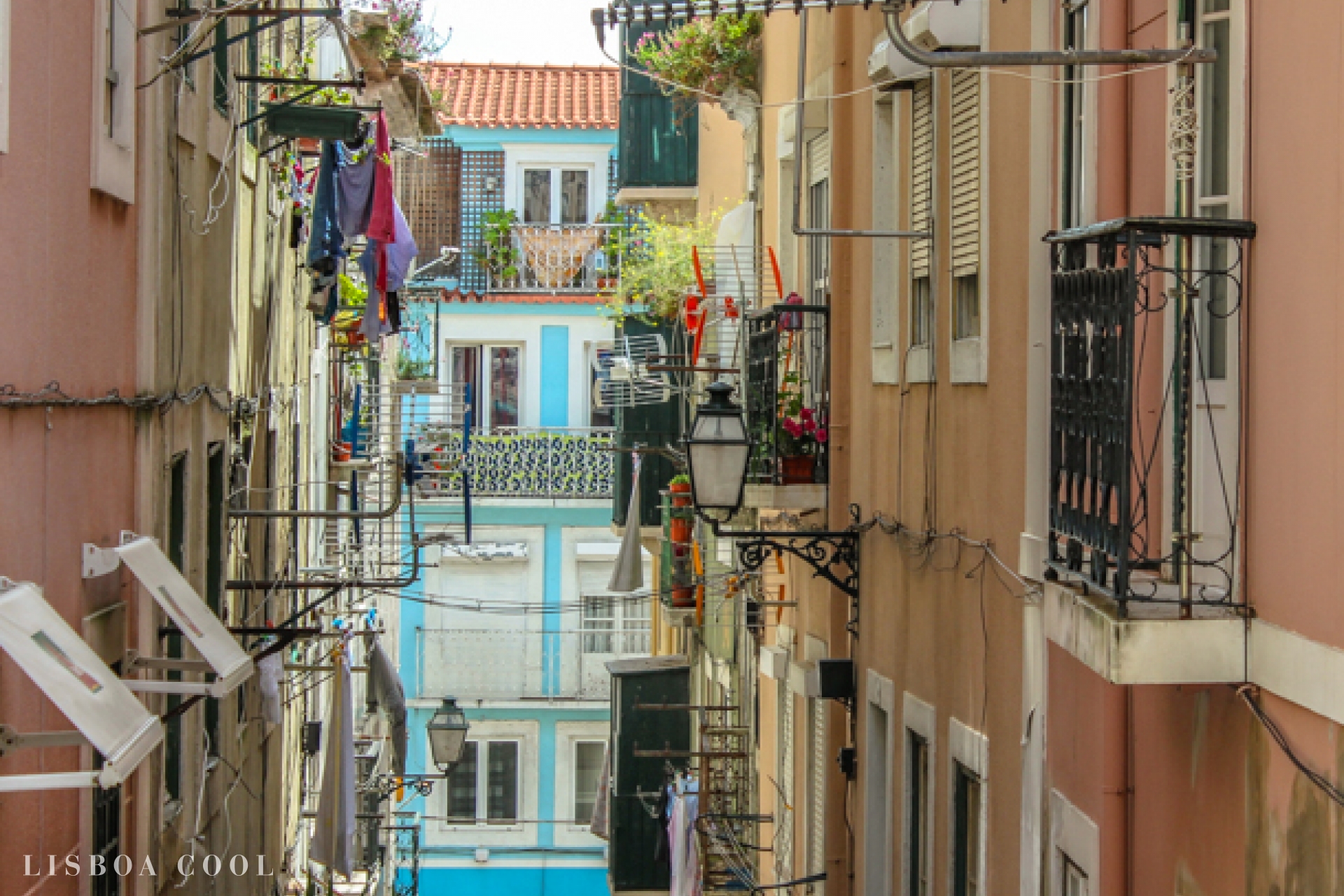 It is the oldest neighborhood in Lisbon and it’s full of beautiful and unforgettable places for those who visit the city.

You’ll find memories of a past that has been very well preserved, since surviving the earthquake of 1755. Narrow alleys and streets make you want to ditch the map and explore this area based on instinct alone.

Alfama has two viewpoints – Santa Luzia and Santo Estevão – that will leave the entire family delighted with the views. 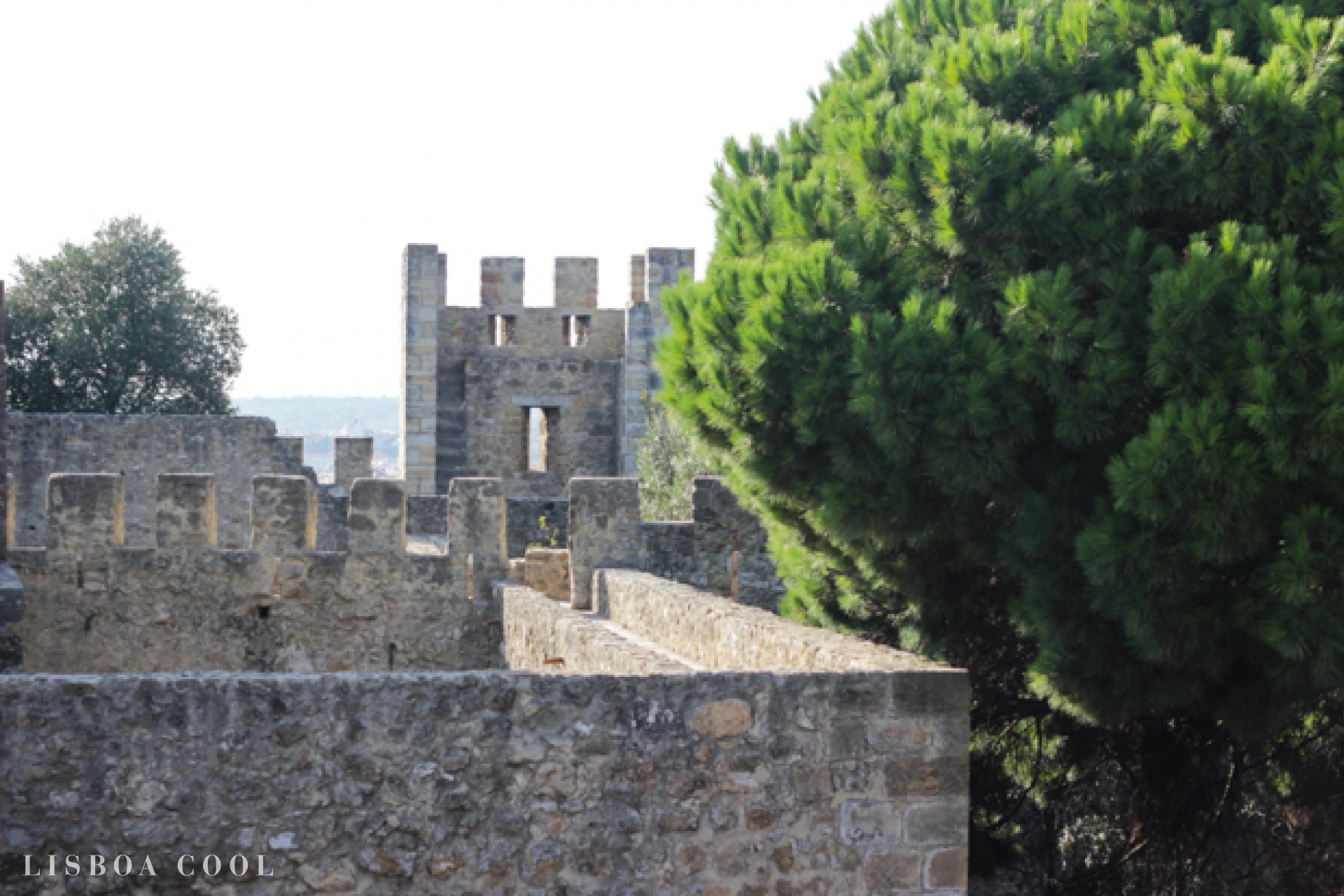 What child (and adult) doesn’t love a good castle? Especially if this castle still maintains its wall intact, and stands on the top of a hill overlooking Lisbon’s typical roofs and the Tejo River.

This Moorish castle is about 400 years old and continues to be the best spot to observe the city, in the company of sparrows, colorful peacocks and many tourists. 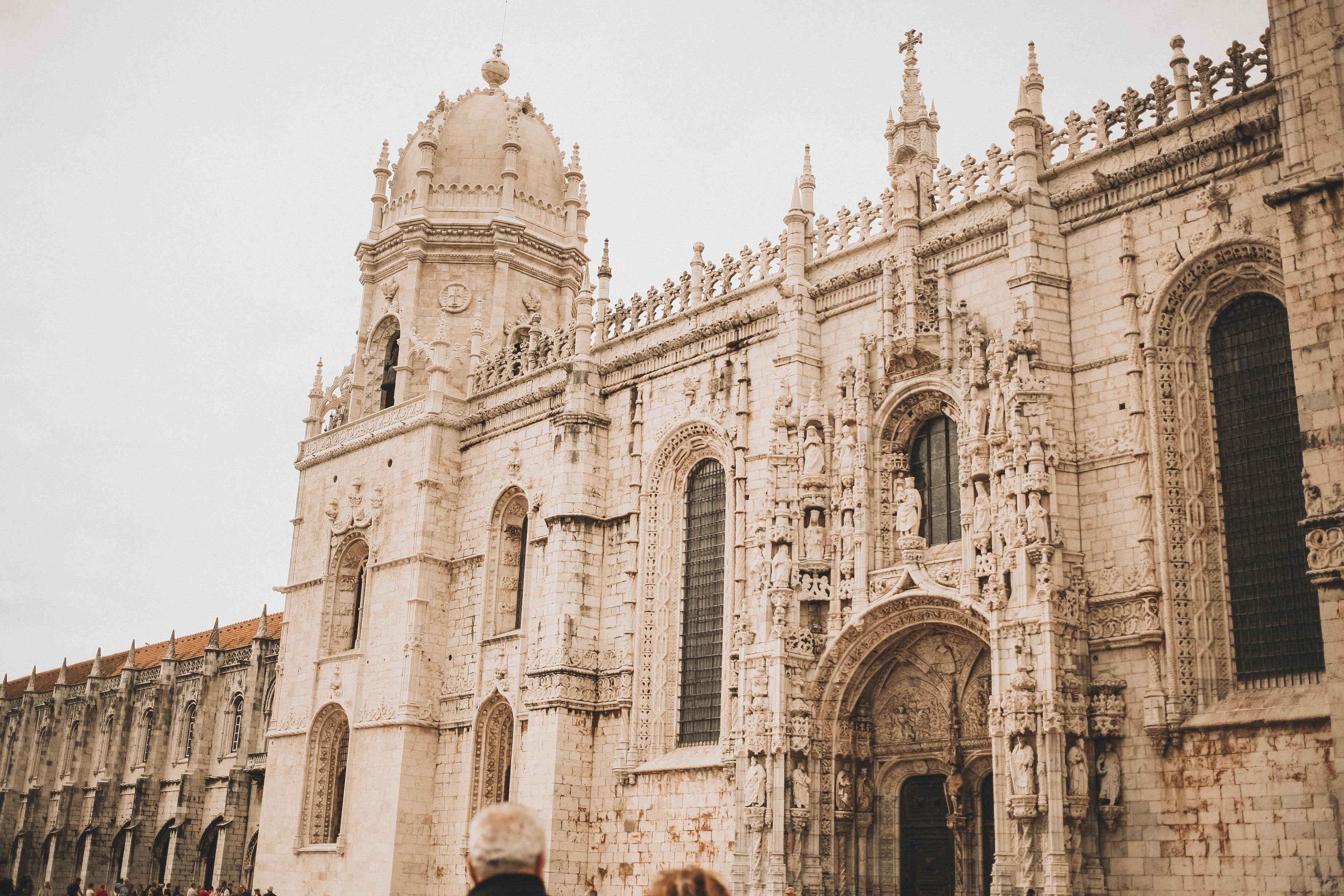 The magnificence of the building is definitely the main attraction. We need a whole afternoon just to visit the inside of the monastery. This time we’ll only observe the facade, and part of the gardens where it’s possible to see the maritime decor that covers the entire monument.

A great game for kids is to let them discover the different nautical elements scattered all over the walls, cloisters and columns: ropes, anchors, corals, candles, monsters, etc. 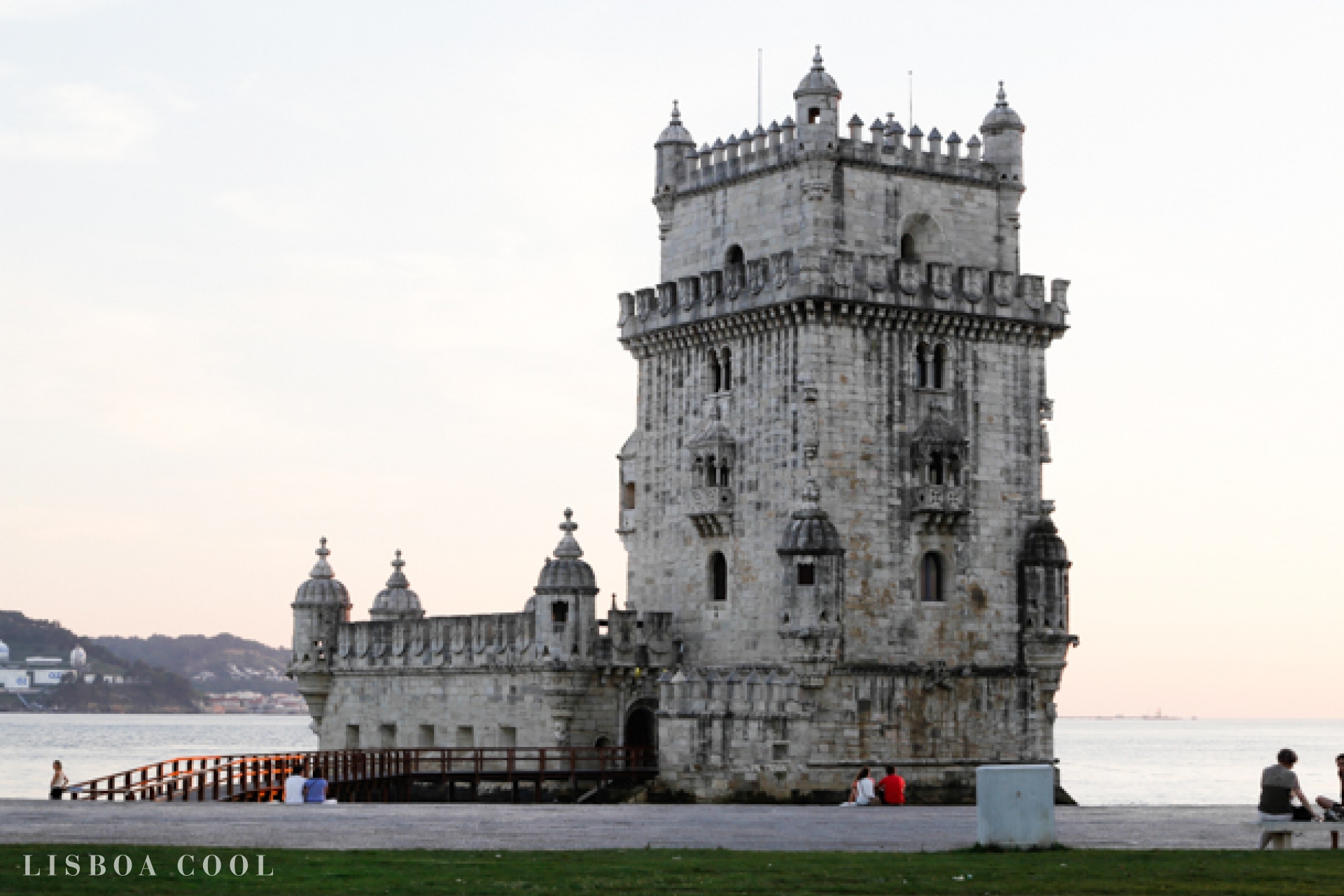 Belém is known as the historic neighborhood of the Age of Discovery. The word “discoveries” alone is enough to spark the little ones’ curiosity!

Vasco da Gama and other explorers set off for their discovery voyages in ships from this area known as Belém. These events were celebrated with enormous monuments and some local museums.

Built in 1515, the Belém Tower is a UNESCO World Heritage fortress, used as a defensive fort, and as a ceremonial gateway into Lisbon.

Take some time to admire the Discoveries Monument, shaped like a caravel, during the walk until the Belém Tower. This striking tribute to the Portuguese explorers is almost 60 meters high. 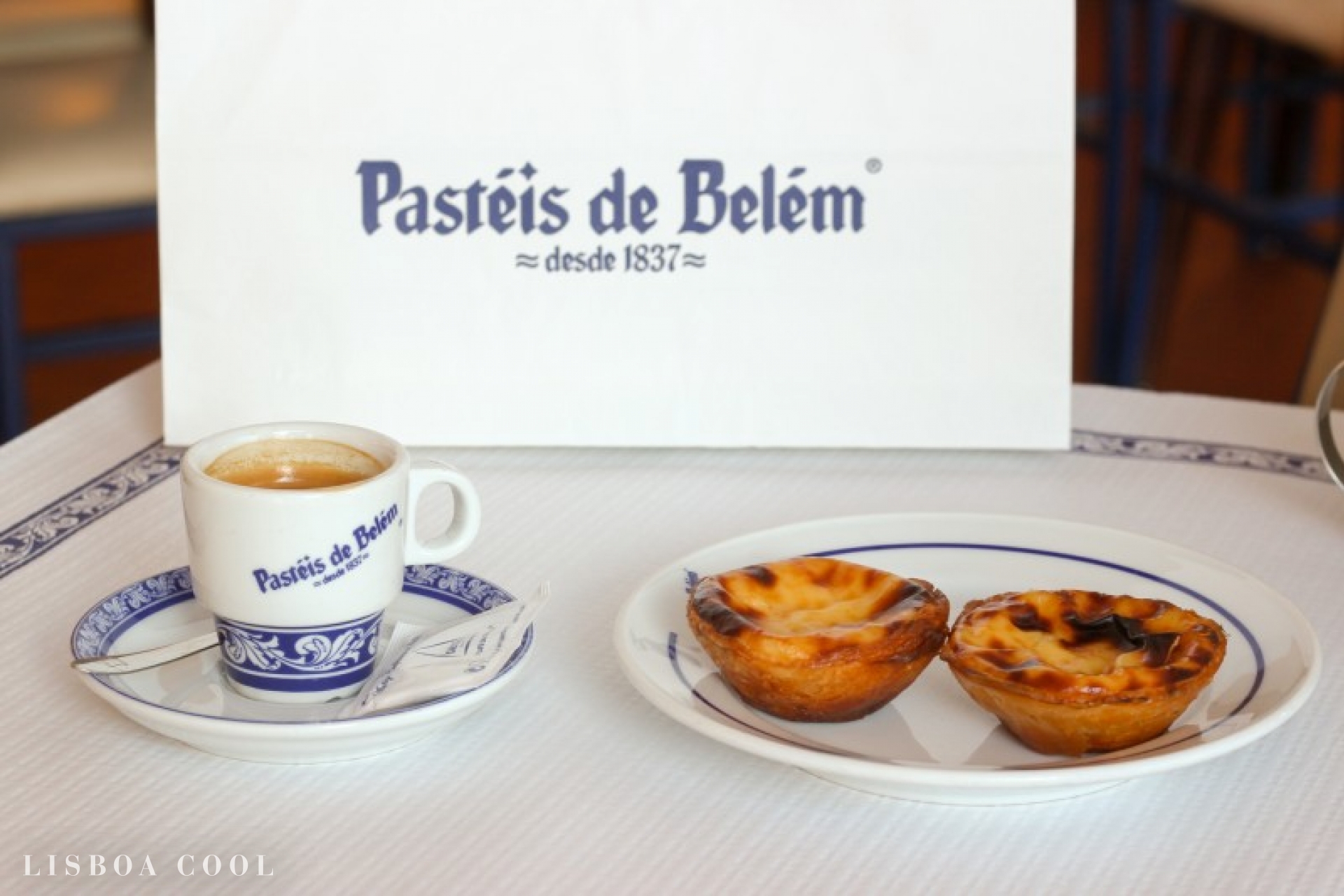 We are in Belém and about to end the day in the best way possible: savoring a “pastel de Belém” in the most emblematic place in the city. These pastries are popular all over the country, but enjoying them in the place where they were born has another, more authentic flavor.

The straight entrance doors don’t let you imagine what the interior looks like.

At the beginning of the 19th century, in Belém, near the Jerónimos Monastery, there was a sugar cane factory. As a consequence of the 1820 Liberal Revolution, all the monasteries in Portugal were closed in 1834.

In an attempt to survive, someone from the Monastery decided to sell some sweets in this place, which were soon called “Pastéis de Belém”, and the sugar cane factory became a pastry shop.

At the time, Belém was very far from the city of Lisbon and the trip was guaranteed by steamships. However, the grandeur of the Jerónimos Monastery and the Belém Tower attracted visitors, who quickly became accustomed to savoring the Monastery’s delicious pastries.

Filled with contemporary buildings, this area was remodeled in 1998 in order to receive EXPO98.

Parque das Nações is located by the river, has a ton of attractions and various types of animation. There is also a cable car that travels throughout the park from north to south and from where you can enjoy a complete panoramic perspective. The kids love it and it’s the perfect way to end this day in Lisbon with the best memories.

Have a great day! 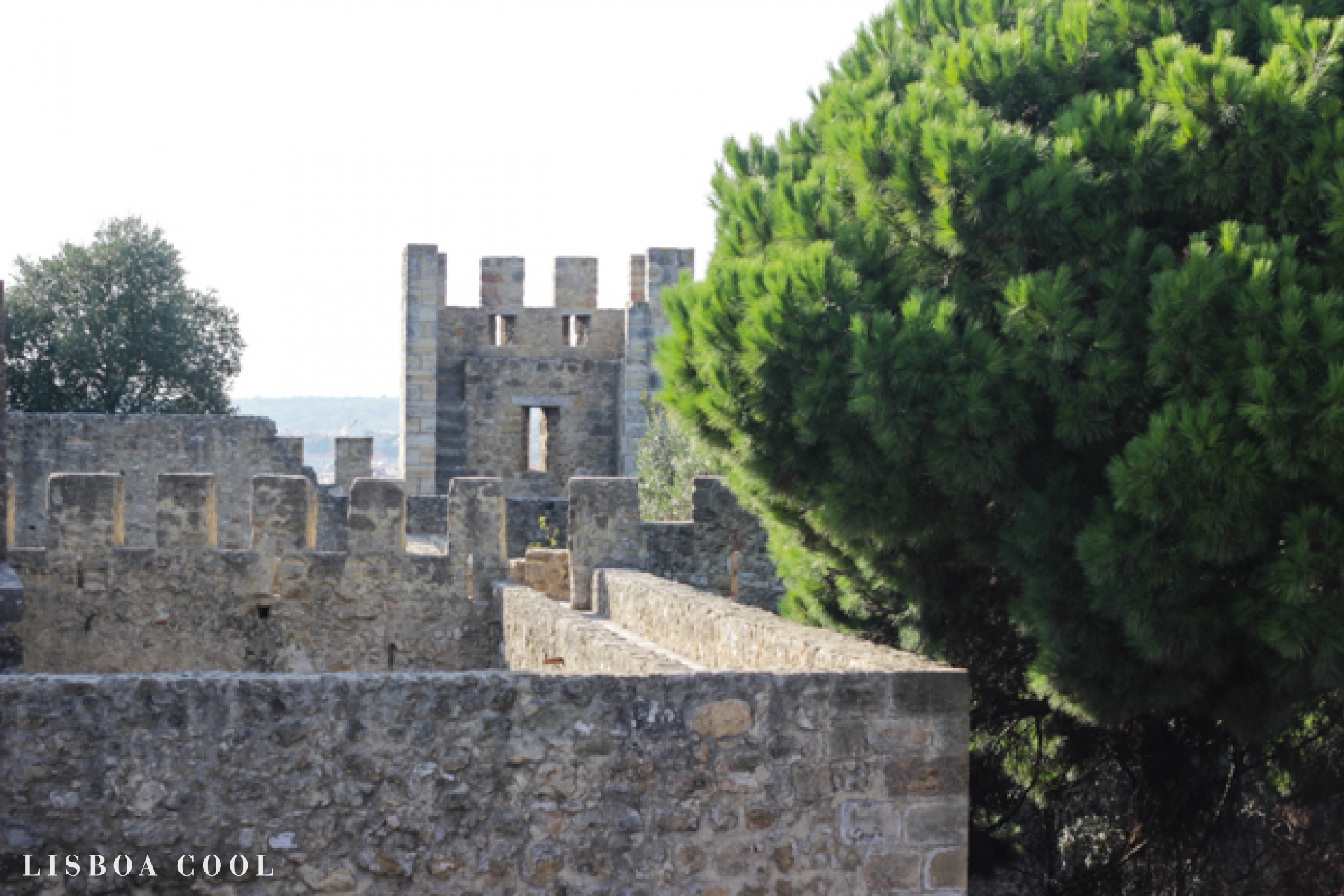 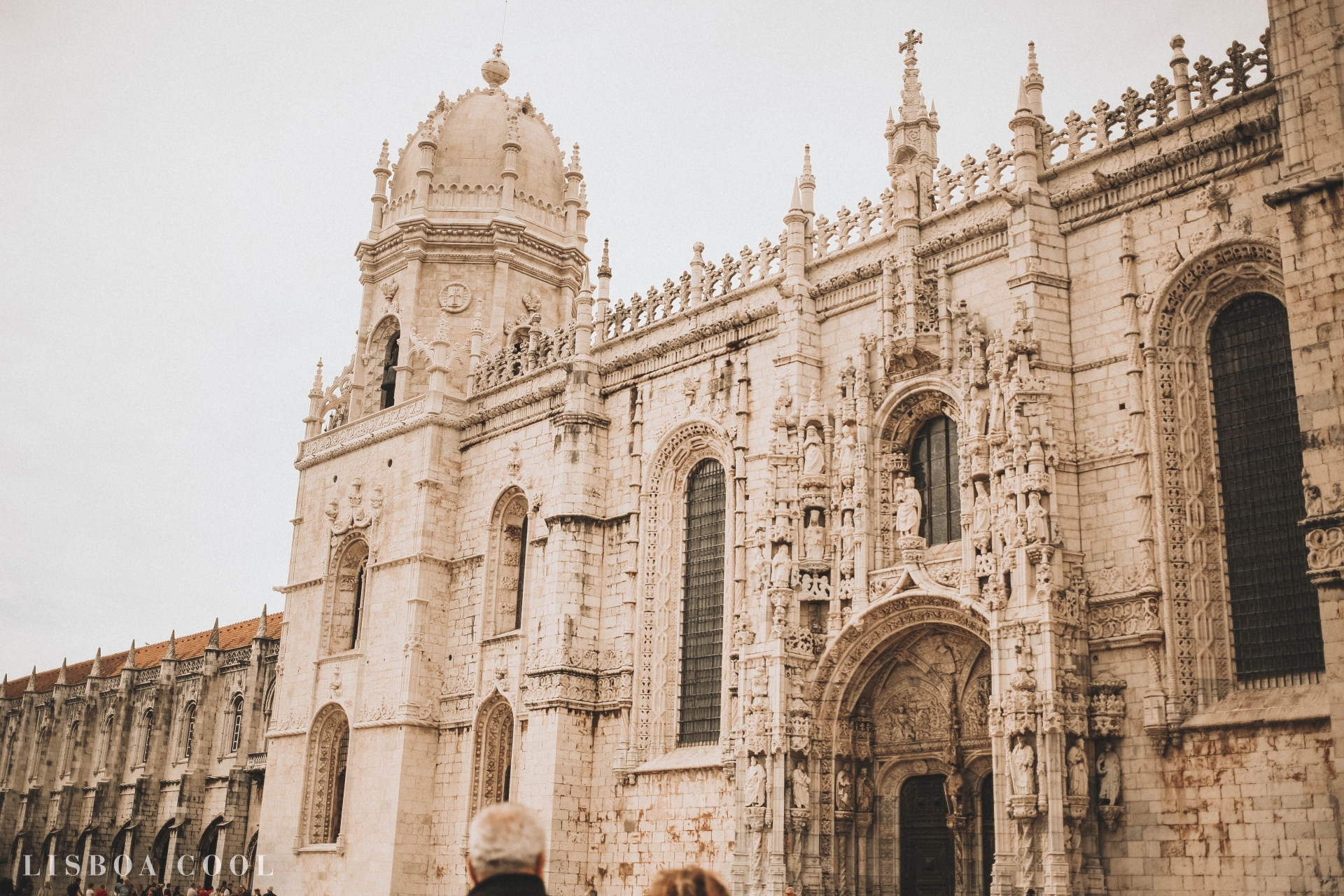 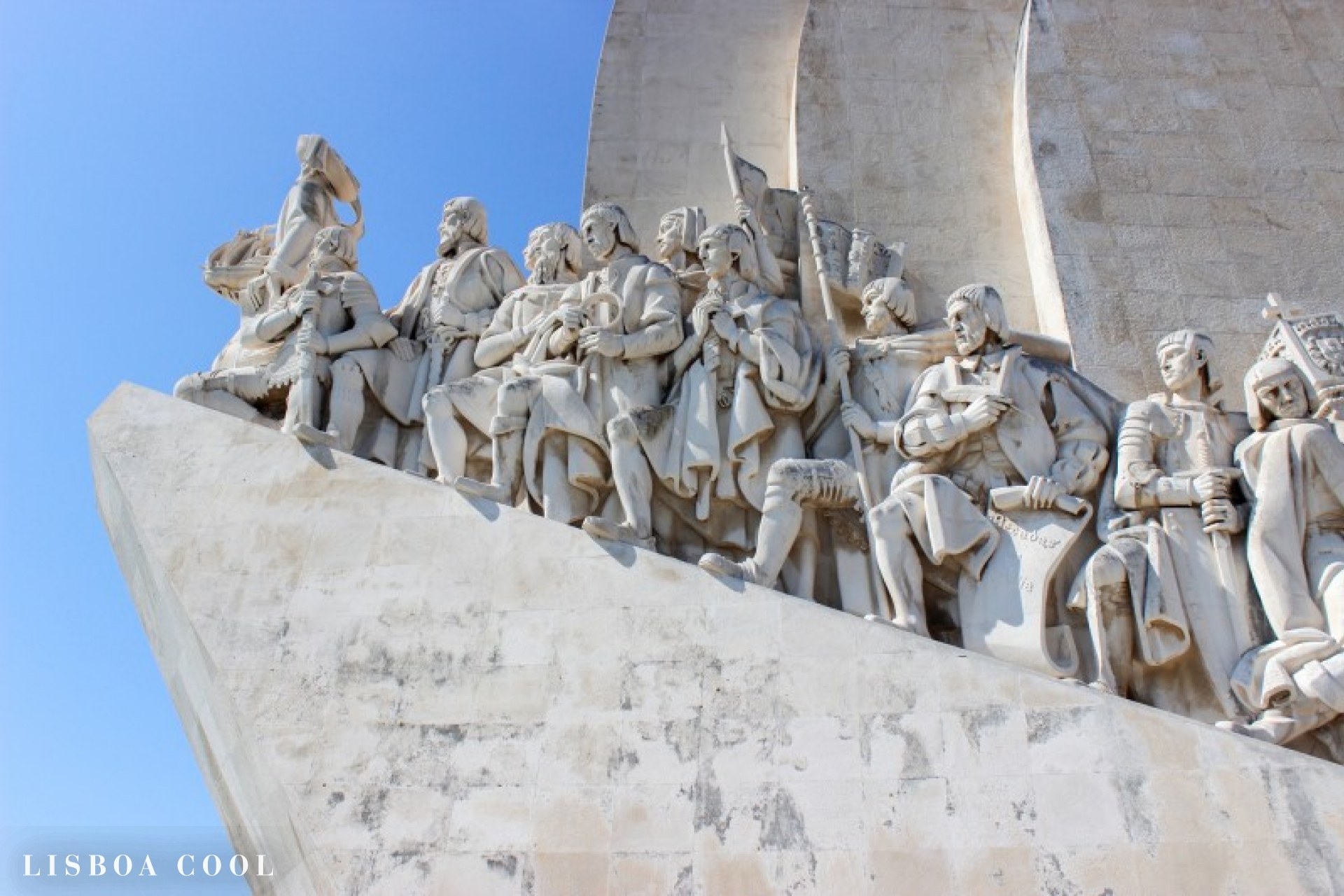 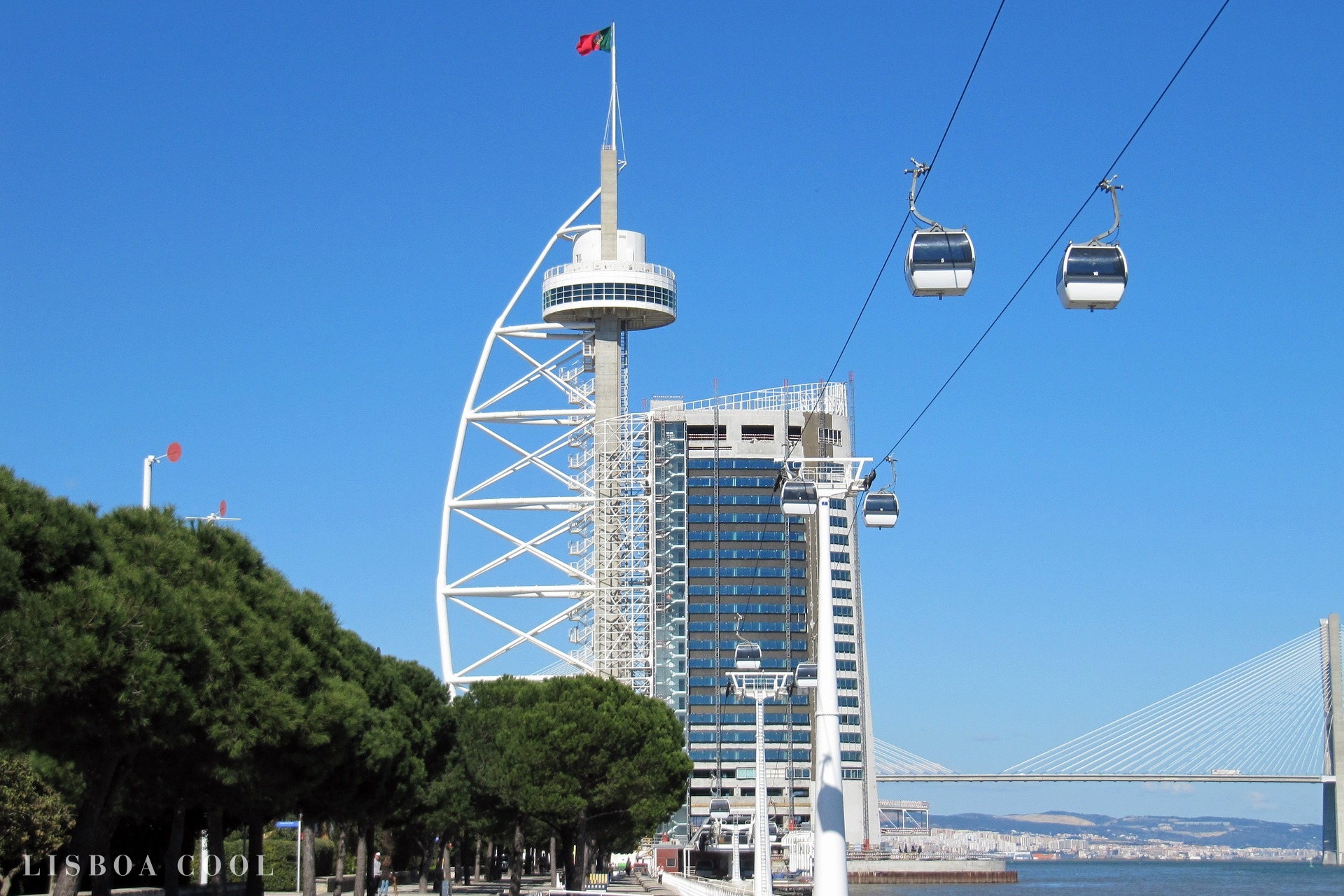 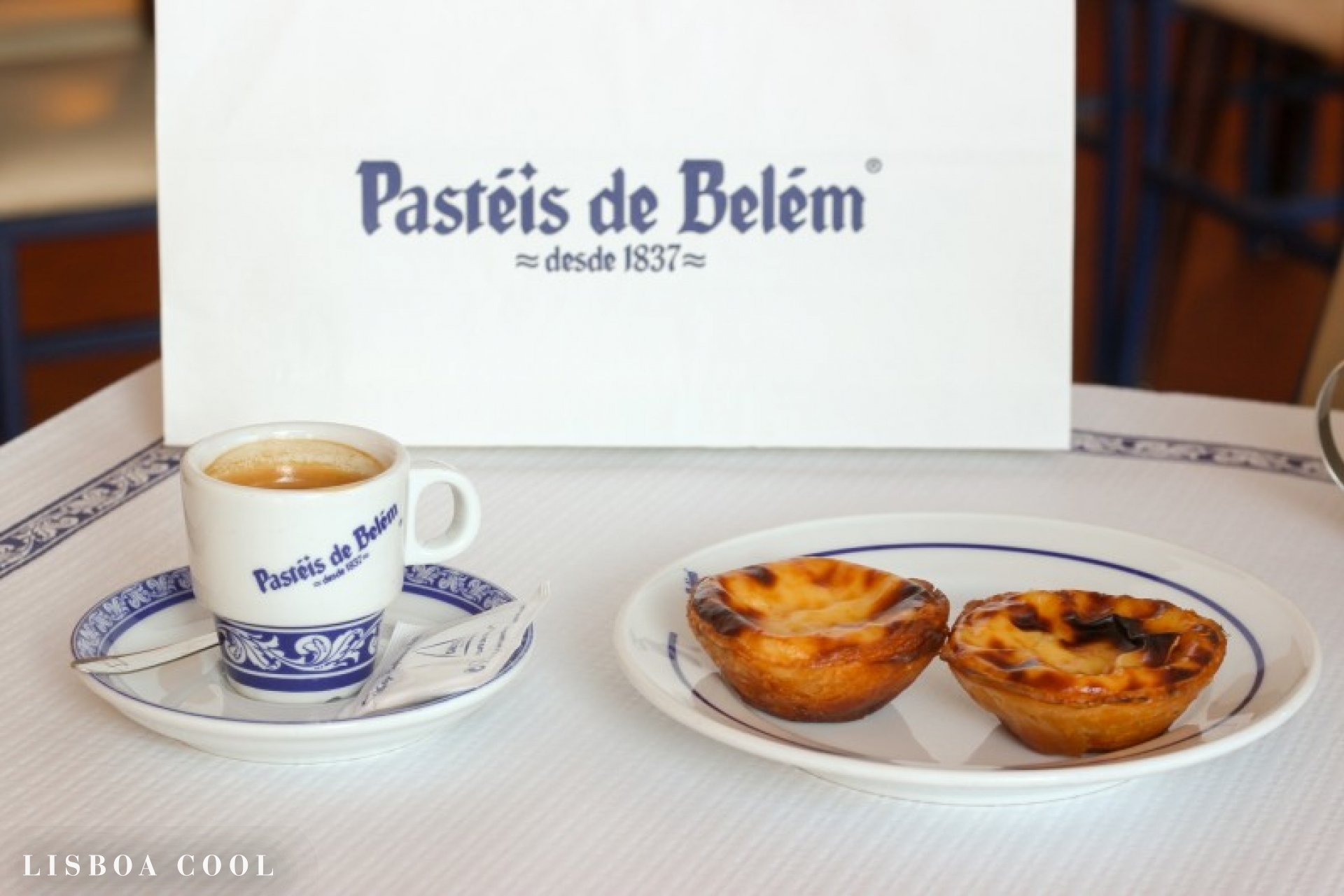 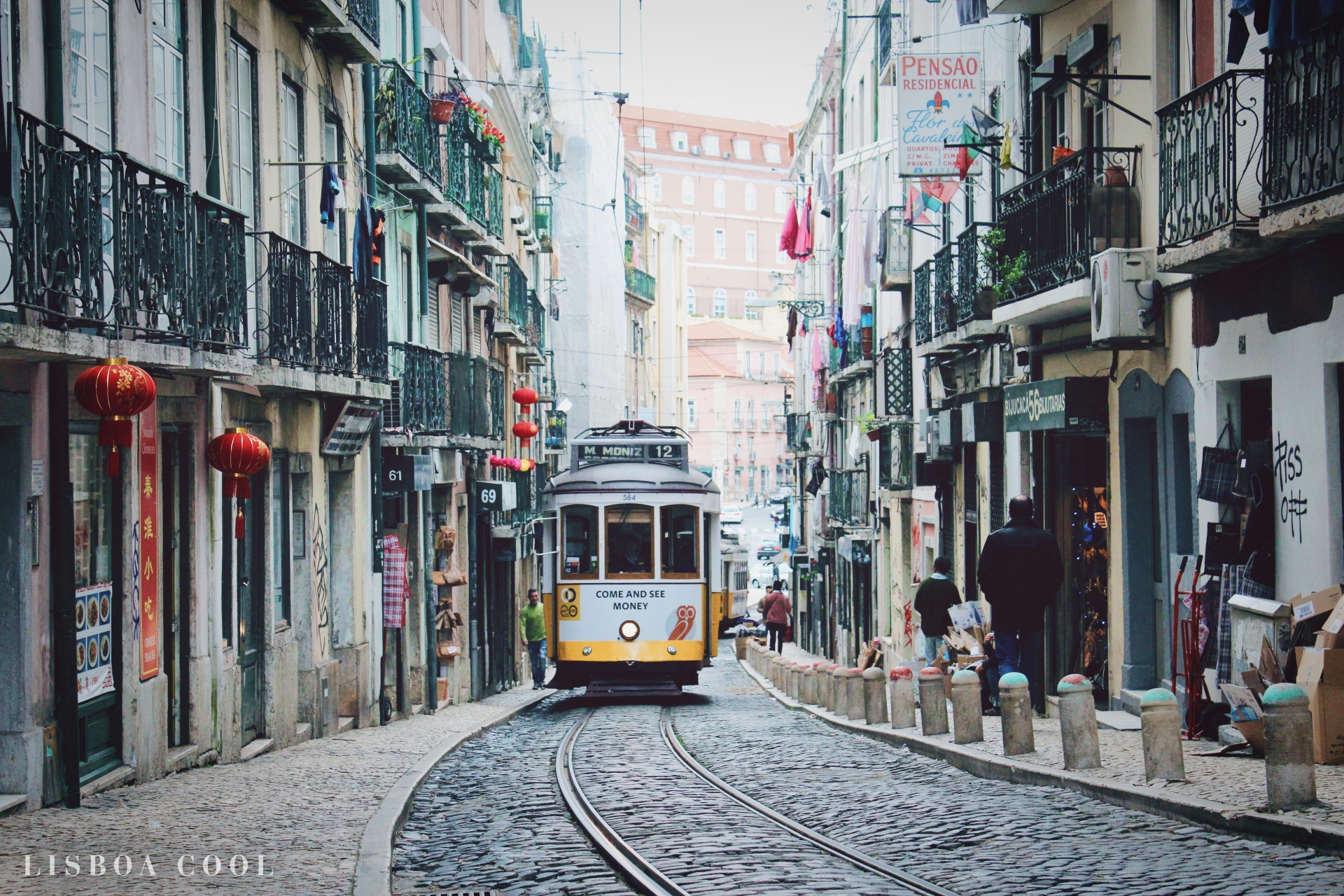 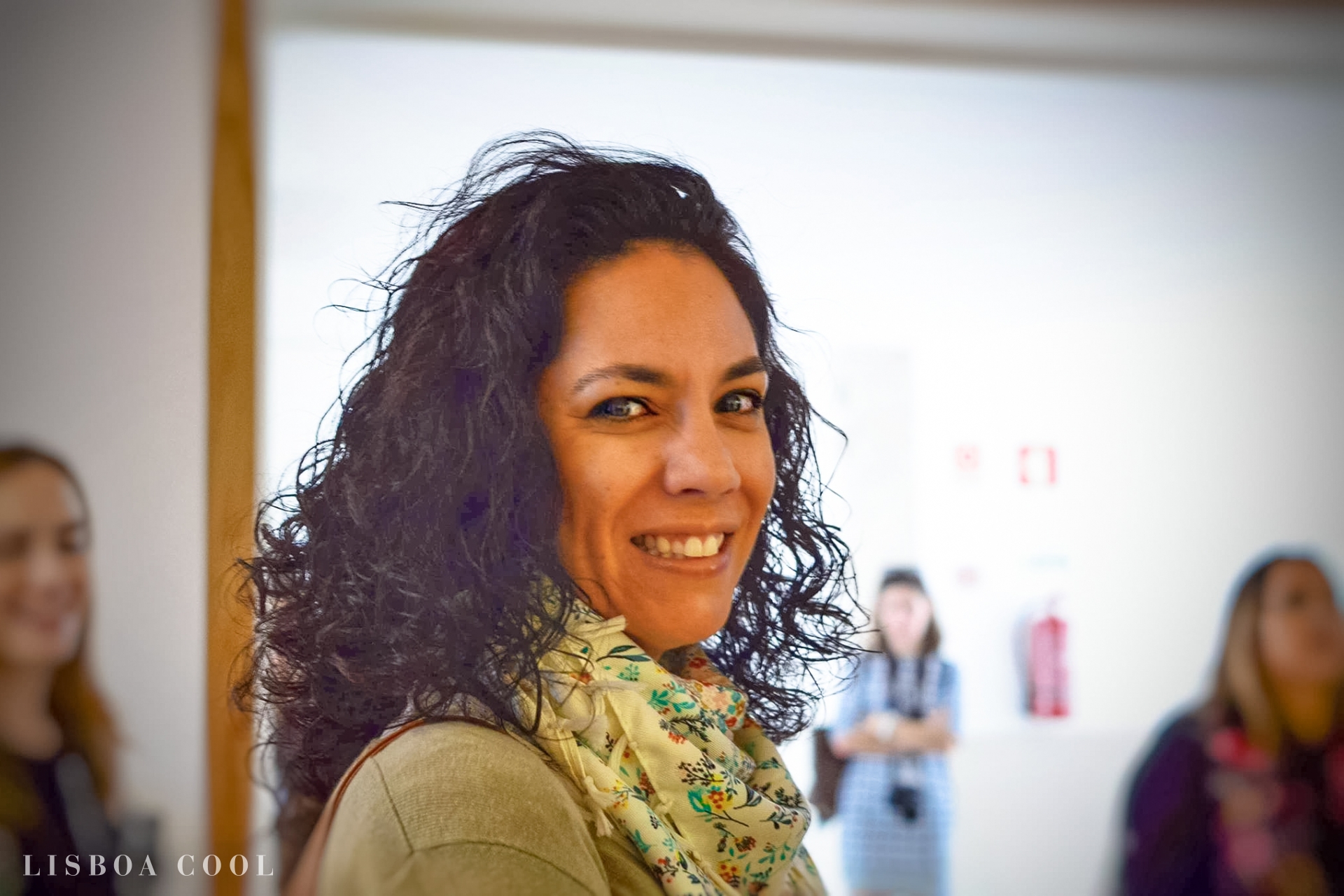