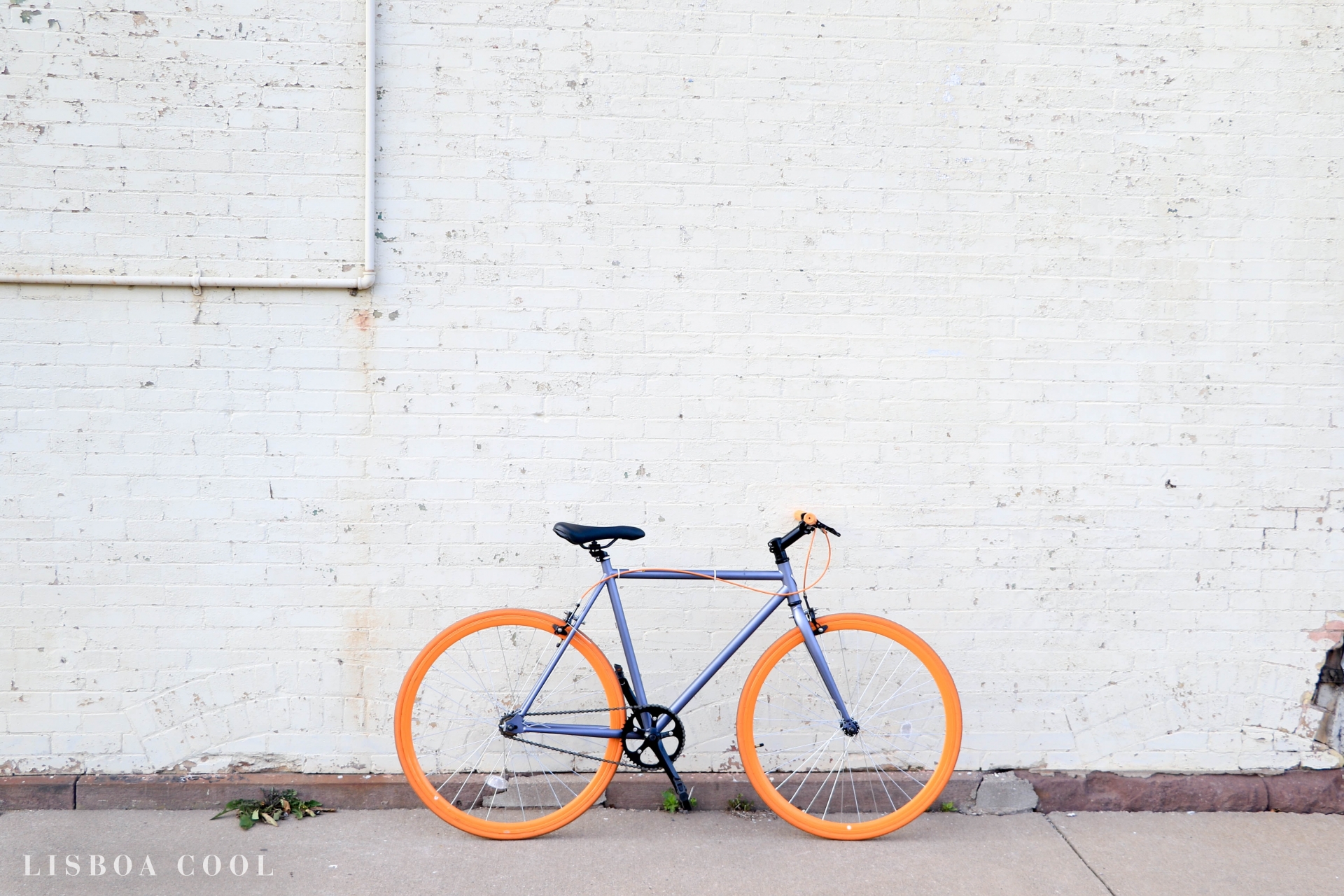 Bicycles in Lisbon – A way of life

The bicycle is one of the oldest transportation methods. Created in the 19th century, over the years it has helped numerous people travel and move around.

However, with the emergence of the car, this old form of transportation began to lose some of its popularity. It ceased to be a means of transportation and became a form of leisure instead. People wanted what was modern, fast and convenient.

However, in the midst of the 21st century, cities are overcrowded with cars and people now have a different perception of what is modern, fast and convenient. More than ever, people are realizing that the car is a major contributor to the pollution of our urban centers.

However, in the midst of the 21st century, cities are overcrowded with cars and people now have a different perception of what is modern, fast and convenient. More than ever, people are realizing that the car is a major contributor to the pollution of our urban centers.

The bicycle of the 21st century

The bicycle remains the same – two wheels and two pedals that need some strength in order to get moving – but the concept involving the bicycle has changed significantly. Bicycles have become more efficient, e-bikes were invented (with electric motors and batteries that last many miles). The components of the bike were also optimized, so that it doesn’t require too much maintenance. Most importantly, beautiful bikes have been created and they’re no longer considered just a new means of transportation, but also a new fashion statement. 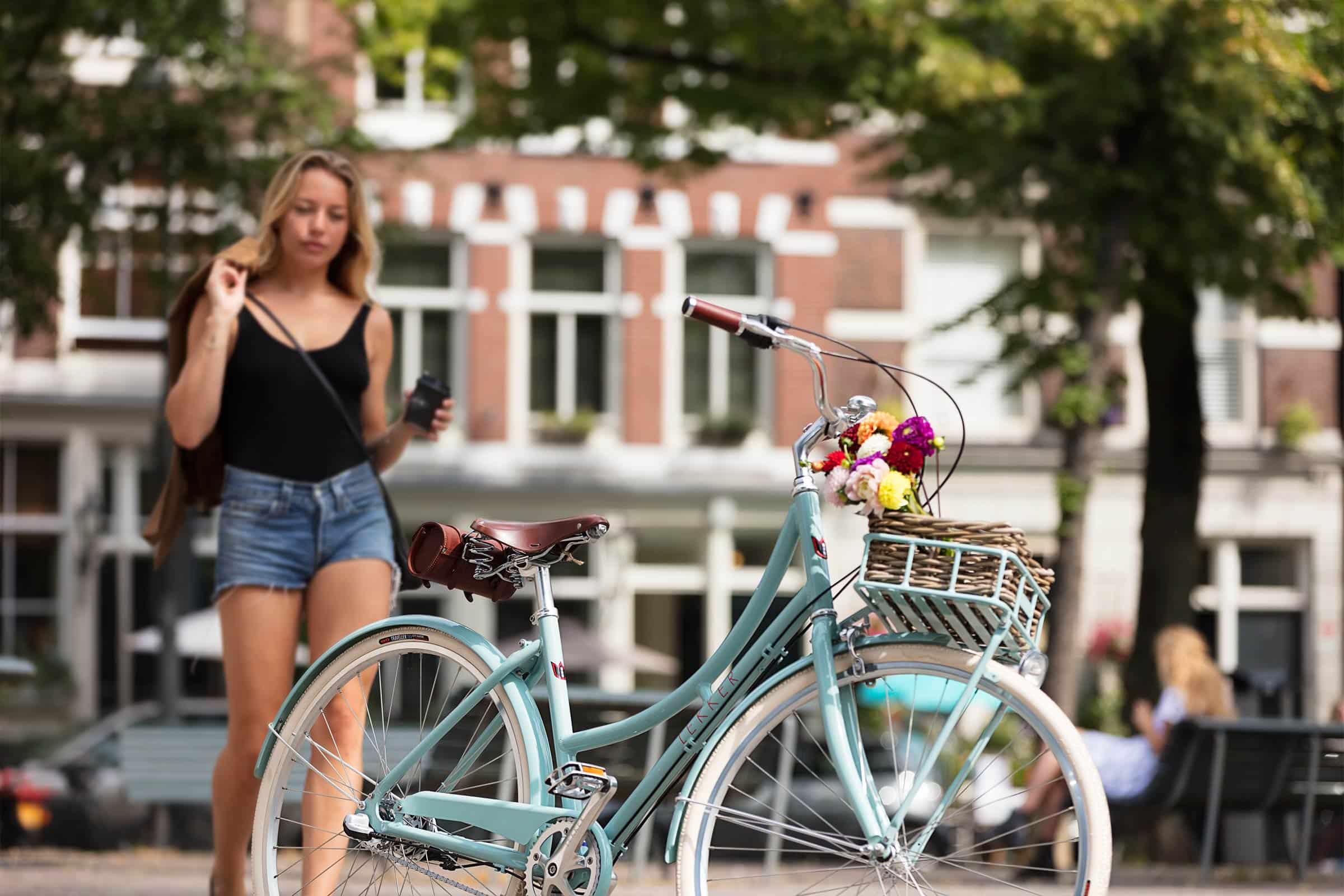 Bikes have gained a new life, with new colors and new designs that brighten up any city. In Lisbon, the number of people who use their bicycle daily is increasing. More often than not, these are bike commuters who wear their everyday clothes instead of sportswear, and commute on city bikes.

It’s impossible not to notice that these bikes have a more vintage look and an old school vibe, but in a very modern way. Accessories have become more comfortable, more varied and more beautiful, adapted to those who use them in the city. There are so many cool helmets with stylish colors that can be worn as a fashion accessory.

The Dutch Urban Bike was designed to provide top comfort for those who commute around the city, ideal for cycling all over Lisbon. The size of the frame and the position of the handlebar allow the cyclist to sit upright, in the best possible position, almost like a chair, elegantly and without any back pain. The internal gears and the chain guard prevent the bike from getting dirty and our shoelaces from getting tangled or dirty with chain oil. These are the details that make this bike so beautiful and so simple.

And do you know what's even cooler? The many customization possibilities! You can choose all kinds of components to create a bike that’s exclusively unique and yours alone. Leather saddles to give a more rustic and vintage look to our two-wheeled friend, waterproof pouches with a very stylish design, to take our books, laptops and gadgets to work or college without worrying about the rain… the sky is the limit. Bikes are becoming a reflection of the personality and style of the person who rides them. Helmets, grips, saddles, pouches, bags, bells and even tires reflect the taste of those who cycle in the city.

New year, new life. It’s possible that the bicycle will be even more used and recognized as an urban means of transportation and not simply as a leisure object.

With the construction of various bike paths in Lisbon, locals are starting to choose the bicycle as their daily form of transportation more frequently. Besides being a free and non-polluting means of transportation, the bike takes up little space and is easy to park. Repairs are cheap and the health benefits are enormous. Bike riding reduces stress and cholesterol, increases the production of serotonin, dopamine and immune capacity, while also improving the heart rate and breathing capacity of those who cycle. All these factors help you to live longer and better. There are only advantages! 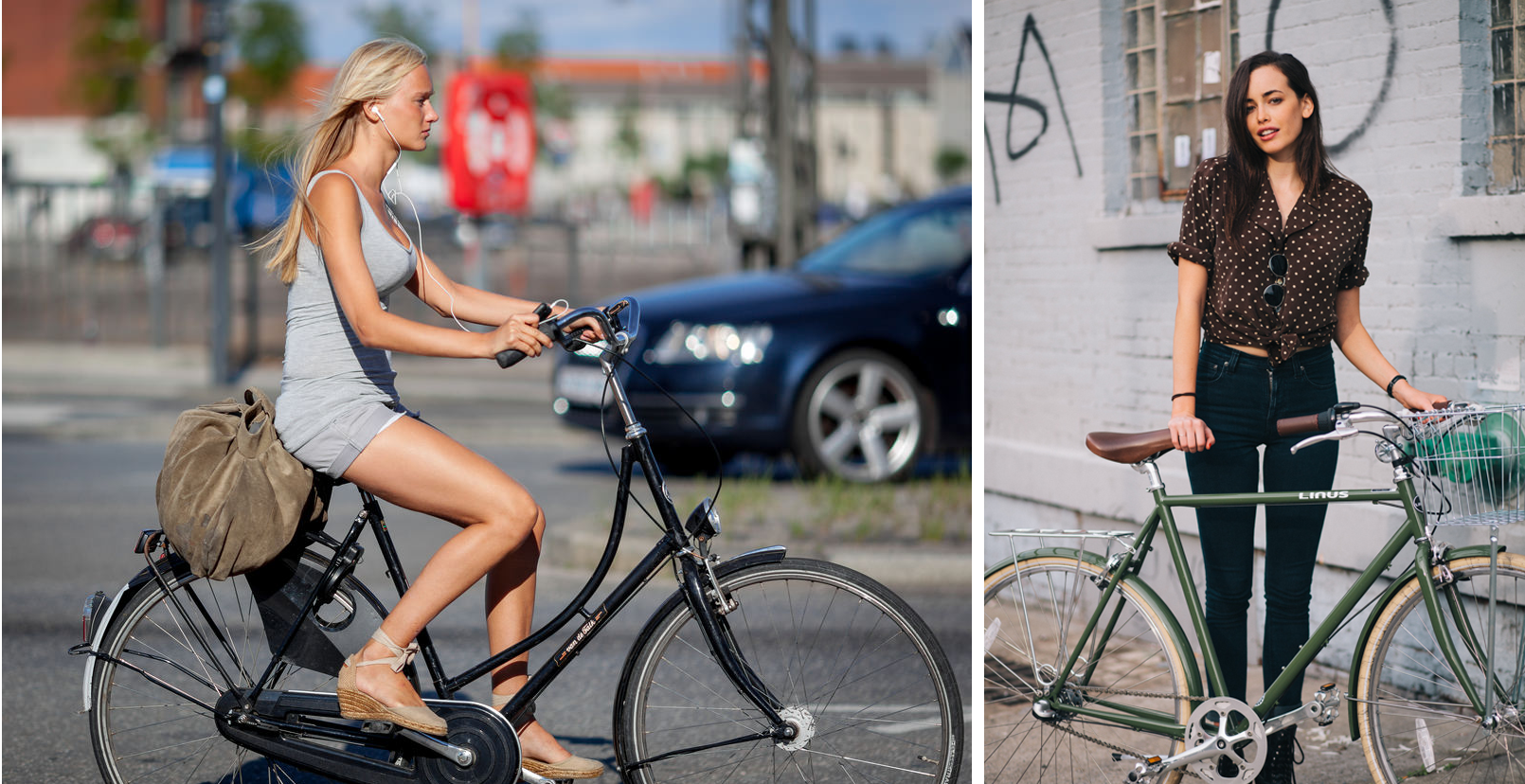 When we choose these two-wheeled objects, we are helping create cleaner, greener cities, and our bodies are freer and healthier. Bicycling allows you to experience the city so much more, its rhythm, smells, colors, lights and the people that are part of its daily life.

It’s a method of transportation that gives us more freedom than a car or even a motorcycle, allowing us to interact with our city and the people who live there. In Lisbon, there was a first major invasion of bikes with the implementation of shared bicycles. And, as time goes by, more and more bikes are popping up every day all over the city.

Bicycles are being transformed into pieces of art that we can use in our daily lives, becoming true travel and leisure companions.

If you’re looking for inspiration, I recommend exploring the work of Franz-Michael S. Mellbin and Sam Polcer: two excellent photographers who capture this new bike commuter lifestyle so well.

Lisbon is still getting onboard the trend, but more and more people are converting to pedals and two wheels. Will Lisbon become a new Amsterdam, with more sun and better food?